The impact of the tax reform bill is on the minds of many Americans after Congress passed the $1.5 trillion tax plan on Wednesday.

So how will this tax plan affect individuals, businesses and the community? We spoke to three experts at the University of Delaware’s Alfred Lerner College of Business and Economics for their perspectives on the potential impacts of the new tax plan. 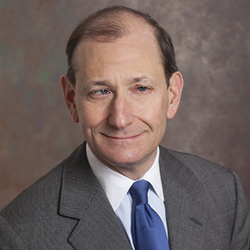 “The lowering of the corporate tax rate will make the need to reincorporate in a foreign country less likely to occur,” Elson said. “It will make reincorporation of U.S. companies to foreign jurisdictions much less likely.”

Elson described this as a positive element of the tax proposal, saying, “It tends to equalize our rates with foreign rates, which makes us more competitive, attracting new incorporations and retaining U.S. incorporations.”

Laurence Seidman, Chaplin Tyler Professor of Economics at the Lerner College, described the potential impact of the tax reform bill on the government’s ability to finance health care and education.

Seidman, whose economic courses devote several weeks to taxation and tax reform, explained that, “The United States is a low tax and government spending country compared to other economically advanced countries.” 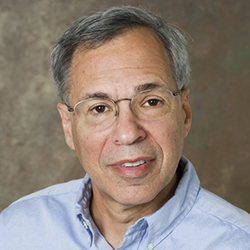 Taxes and spending in the United States equal 30 percent of GDP, Seidman said, compared to averages of 40 percent in Western Europe and 50 percent in Scandinavian countries.

“Government in these countries spends substantially more on health insurance and education as a percent of GDP than we do,” Seidman said. “Despite their higher government spending and taxes, these countries have achieved roughly the same GDP per person and standard of living as we have.

Seidman also explained that, “In a recession, there is a strong case for temporary tax cuts and temporary increases in government spending to stimulate consumer and business spending. We are not in recession.”

“I personally favor raising spending on health insurance and education and support raising taxes to finance this spending without borrowing,” he concluded. “I’m therefore opposed to cutting taxes. I’m especially opposed to tax cuts that disproportionally favor the affluent who have done so well over the past few decades relative to the non-affluent.”

“Having served tax clients all across the political spectrum, one thing they all have in common is the desire to pay less taxes,” Marianiello said. “It is only natural that people would want to know how this proposed tax legislation is going to affect their situations. The answer is, it depends.” 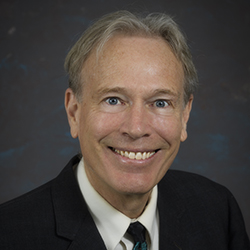 Marianiello explained that, since the legislation has been characterized as a tax cut for the middle class, we should clearly define who falls into this category.

Taxpayers living in high tax rate states near the upper end of middle-class income, Marianiello said, will likely lose a deduction, leading to higher taxes even when considering some potential benefits of the bill. However, he explained, “This group of taxpayers should constitute less than 10% of the group known as middle-class taxpayers.”

Middle-class taxpayers who currently take the standard deduction, he continued, will see both positives, like a roughly doubled deduction ($12,000 and $24,000 for single and married joint returns, respectively), and negatives, like eliminated personal and dependency exemptions.

These changes will approximately cancel each other out for taxpayers with one or fewer dependents, he said. The child tax credit doubles to $2,000 per child, of which $1,400 is refundable, even if no federal income tax is owed for that year. This change will more than offset the loss of the dependency exemption for all taxpayers in the middle class until the year in which the child reaches age 17.

“So, even for large families, the first 16 years of a child’s life will result in a tax savings,” Marianiello said. “While the next 2-6 years would result in a tax increase versus the previous rules.

“This is where the ‘it depends’ part really kicks in,” Marianiello continued.

“The bulk of the middle class has a lot of income currently taxed federally at 15 percent, and changing that rate to 12 percent is a 20 percent reduction.”

However, Marianiello said, “This discussion barely scratches the surface of the legislation, and there are many pieces left out that are worthy of mention, but it does address the issues relevant to middle-class taxpayers as they struggle to understand how the proposed law would affect them.”