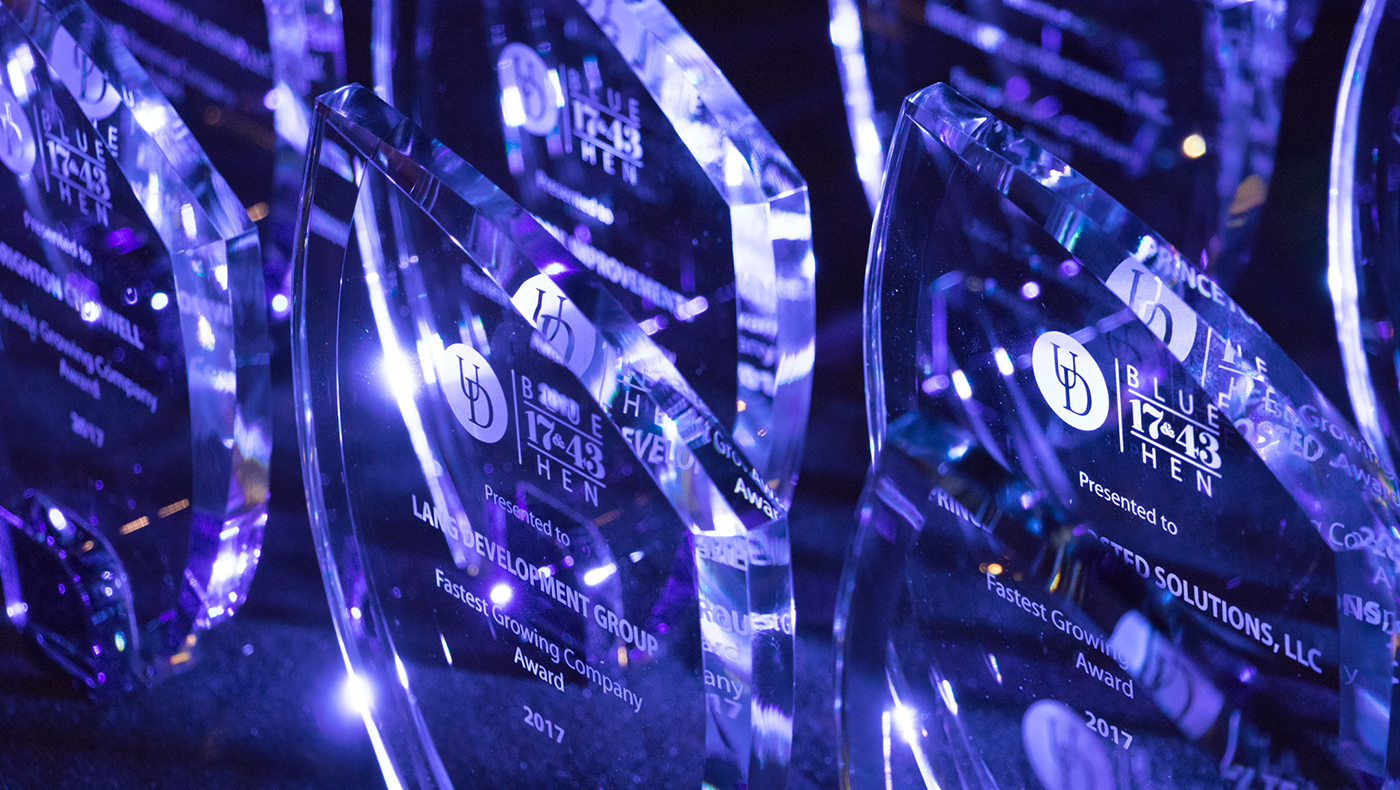 University of Delaware’s Alfred Lerner College of Business and Economics and Horn Entrepreneurship are proud to announce the 37 2021 Blue Hen 17&43 Award winners.

The Blue Hen 17&43 Awards recognize the fastest-growing companies and most promising ventures founded or led by UD students and alumni. Companies on the fastest-growing list are determined by growth rate and must have total revenue of $1,000,000 for the past three years. Ventures on the most promising list are evaluated on impact potential. Each year the list of applicants grows more impressive, with 2021 as no exception. The number of applicants almost doubled in both categories which led to an even more competitive selection process.

SponsorUnited is being honored as the fastest-growing company at the Awards. Founded by Bob Lynch, AS Class of ’02 and a four year football player for the Blue Hens, SponsorUnited achieved an impressive 177% growth rate in 2020 with 75 employees.

SponsorUnited’s software platform is transforming the world of professional sports and entertainment sponsorship decisions. It utilizes technology and proprietary data to help brands, properties and agencies efficiently research, buy and sell sponsorships. More than 95% of the major professional sports teams have adopted the platform.

“I am sincerely honored to be recognized with the Blue Hen 17&43 Fastest Growing Award,” said Lynch. “Building a successful startup takes perseverance, inspiration and the ability to work towards challenging goals with diverse and talented individuals – all things that I learned on the field and in the classroom at the University of Delaware.”

Other award winners topping the list in the Fastest Growing category include Grey Market Labs, led by Founder Kristopher Schroeder, EG Class of ‘00, and Princeton Hosted Solutions, led by Founder Brad Bono, AS Class of ‘91. Grey Market Labs, a cybersecurity and data privacy company, achieved an impressive 120% growth rate with 12 employees including alumna Emily Kresho, EG Class of ‘21. Princeton Hosted Solutions, a cloud-based telecom services company, made the Blue Hen 17&43 Fastest Growing list for the 4th time with a 94% growth.

The 2021 Fastest Growing Companies listed in growth rate order are:

SponsorUnited led by President and Founder Bob Lynch, AS Class of ‘02

*BillingPlatform led by CEO Dennis Wall, BE Class of ’92

*TechSolutions, Inc. led by President  Rick Monnig, BE Class of ’91

*CompuData, Inc led by President and CEO Angela Nadeau, AS Class of ’82

*KMRD Partners led by Co-founder and Principal Robert Dietzel, BE Class of ’88

*Bloom daily planners led by Co-founders Michelle Trincia Askin, AS Class of ’10, and Kaylyn Minix DiNardo, BE Class of ’09

* Semihandmade led by CEO John McDonald, AS Class of ‘89

The Most Promising category contains many founders and changemakers who are disrupting existing industries, improving systems and creating innovative products and services. These ventures are assessed based on the venture’s innovativeness, milestone accomplishment, current and future revenues, job creation and social impact.

The 2021 Most Promising Companies listed alphabetically are:

3DiNow led by Founder David Woods, AS Class of ‘82

BarVision led by Founders Joe Nolan, BE Class of ‘72, and Vance Kershner, EG Class of ‘79

ContainIQ led by Co-Founders Nate Matherson, BE Class of ’16 and Matt Lenhard

HxInnovations Inc. led by Co-Founder Nicole Homer, AS Class of ’05

Legacy Lock led by Founder Cynthia Gale, AS Class of ‘85

Whether led by CEO Vijay Jayachandran, Phd Class of ’98

About the Alfred Lerner College of Business and Economics

For more than 100 years, the University of Delaware’s Alfred Lerner College of Business and Economics has invested in its students and communities, giving back philanthropically and with its valuable skills. A top-ranked business school, the Lerner College creates impactful initiatives that advocate for diversity and inclusion across industries. It’s 150+ faculty conduct research on meaningful topics like third world economic development, cybersecurity, women’s leadership, corporate social responsibility and more. Through collaborations with students and alumni, the Lerner College creates businesses that work to solve society’s greatest problems.