Blue Hens of a Feather: Jobs for the Homeless 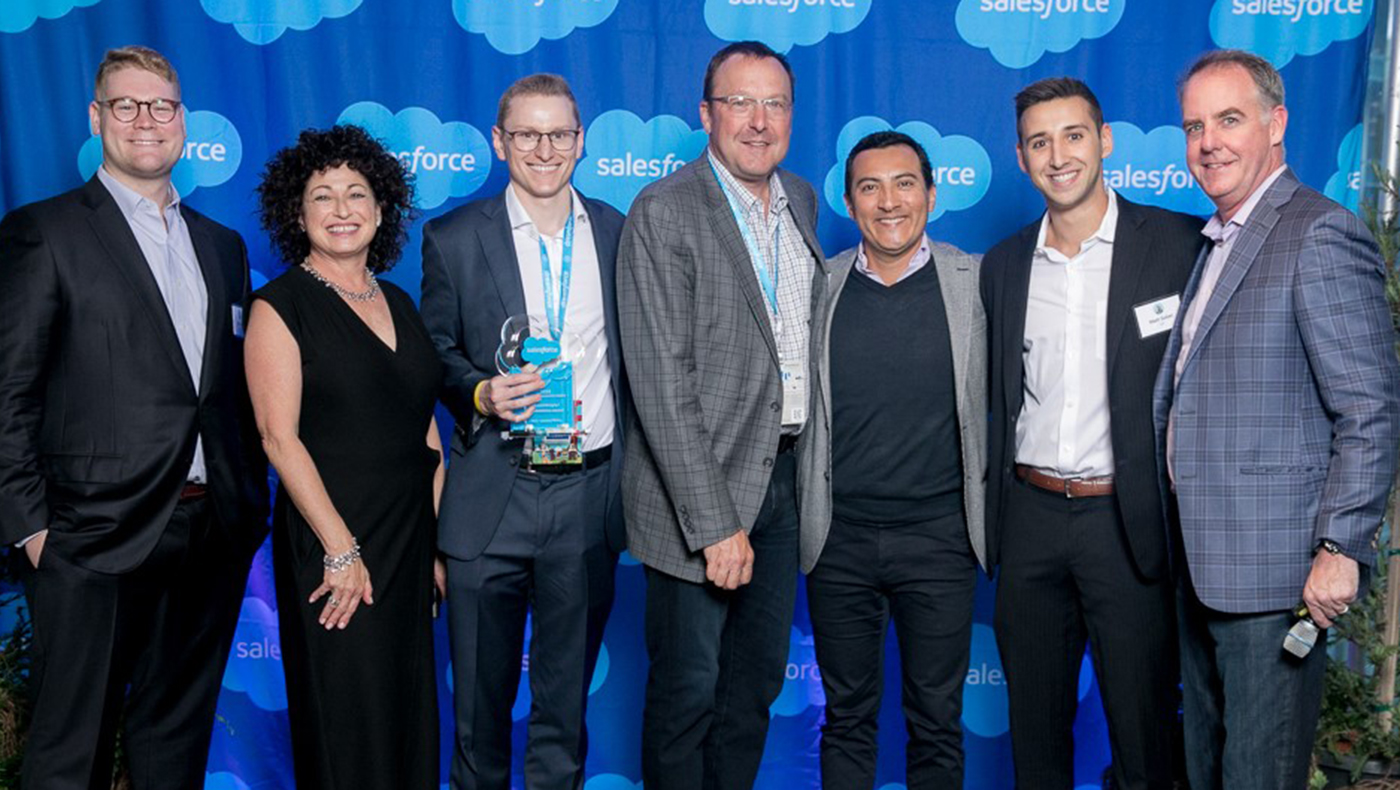 The “Blue Hens of a Feather” series highlights students and alumni of the University of Delaware’s Alfred Lerner College of Business and Economics who “flock together” with fellow Blue Hens to launch successful business ventures. Read on for the story of Lerner alums who, with the support of UD Horn Entrepreneurship, created Lazarus Rising, a nonprofit that provides mentoring at homeless shelters.

A recent Lazarus Rising mentoring session suggests good things to come for the future of both the young nonprofit and its participants. The session involved a college student in Washington giving one-on-one job-hunting advice via video chat to a resident of a New York homeless shelter.

The nonprofit, which started in 2014 on the University of Delaware’s East Campus, connects college students with knowledge and resources related to the job-search process with individuals experiencing homelessness. Branches have spread to a half-dozen other locations, and its leaders are piloting a program to expand online.

“We’re breaking down the initial barrier to the homeless finding jobs,” said Matt Sobel, who co-founded Lazarus Rising with Matt Rojas. Both are 2017 UD graduates who met as leaders in the Student Government Association. “The individual connection is important. They commonly have never experienced altruism.”

Lazarus Rising ran 37 workshops in 2019, helping 157 people and leading 60 to jobs according to Lazarus Rising Trustee Will Cobb, a 2015 UD graduate and manager at the consulting firm Strategy&. Most mentoring sessions start at homeless shelters, and the logistics of those visits spurred its leaders to consider a tech solution.

“Setting up a shelter with a webcam and GoogleChat works, but it’s not scalable,” Sobel said. Platform enhancements are intended to allow shelters to request video workshops and for mentors to help remotely.

The program’s roots go back to Sobel’s time in high school volunteering at a soup kitchen. “I kept on seeing the same faces,” he said. “It bothered me that I wasn’t helping them solve their problems.”

One day in the spring of their freshmen year, Sobel, Rojas and a few friends cold-called a shelter near their dorms and offered help in résumé writing using the skills they had honed at UD’s Alfred Lerner College of Business and Economics. As one of their first projects, they turned a forklift operator’s five-page autobiography—which Cobb said buried his management of hundreds of people and his plan that saved $3 million in workers’ comp—into a résumé that earned him a job in three weeks.

“We realized that we had found something special,” Sobel said. “It’s not the lack of job skills for the homeless. It’s the lack of skills before that.”

They reached out to their extended network to grow the number of volunteers able to help those in shelters learn how to write résumés, prepare for job interviews and, most importantly, apply for jobs online.

“We’re learning their story and putting it on paper,” Sobel said of the résumés. “We do mock interviews, which are particularly helpful in dealing with gaps in their job history.”

They registered with the university as a student organization in 2014 and by the end of that year they worked to become a 501(c)(3) tax-exempt nonprofit, with an organizational name inspired by the Biblical story of a man raised from the dead.

There’s also a UD club providing part of what Sobel calls “a next wave” of younger volunteers.

“I see a sense of community among millennials,” he said. “We’re empowering them to do something important that they can’t do at work. We’re inspiring them to join us or do something on their own.”

The concept has earned multiple accolades, the latest for the most innovative philanthropic use of Salesforce.org software to streamline trip management. Since implementing the software through a pro bono partnership with PwC, Lazarus Rising has increased volunteer leads received monthly by 10 times and reduced trip time management by 75%. That award follows continued recognition and funding from Horn Entrepreneurship at UD, including its VentureOn initiative for student groups and its 12-week intensive Summer Founders Program.

Lazarus Rising’s entrepreneurial support from UD also includes $2,500 from the 2016 First Step competition, sponsored by Horn and the College of Health Sciences to address grand challenges, $2,500 for then-Chief Innovation Officer Eric Albers from Horn’s 2016 Shawn and Sheryl McCall Award for Entrepreneurship and $750 from the 2015 Horn Entrepreneurship Halloween Pitch Party.

“Horn Entrepreneurship actively supports startups because they provide a powerful vehicle to accelerate learning, and I saw that in working with Matt Sobel and Matt Rojas on Lazarus Rising,” said Vince DiFelice, senior instructor and faculty director of venture support at Horn. “By combining experiential education and the pursuit of a startup concept, students will learn well beyond their peers, find their true passion and discover interests aligned with a career direction they choose, be it becoming an entrepreneur, joining an existing startup like Matt Sobel, or working as a McKinsey consultant like Matt Rojas.”

Every award is critical for Lazarus Rising because the organization is entirely volunteer run and operated. It is headquartered in the Wall Street apartment shared by Sobel, a business executive at Remesh.ai; Lazarus Rising Chief Executive Officer Danny Graziosi, a digital transformation consultant at Ernst & Young and Lazarus Rising Chief Strategy Officer Jake Oppenheim, a senior analyst at Goldman Sachs.

“I live and breathe Lazarus Rising,” said Sobel, who figures as a trustee that he devotes at least five hours a week to the cause. The nonprofit’s three trustees are Sobel, Rojas and Cobb. The 12 members of the leadership team include Pat Vroman, a 2016 UD graduate and vice president and digital product manager at Citi.

“We have a very small budget and all-volunteer labor,” Cobb said. “It’s deep within our culture as an organization.”

New volunteers often come from connections made at UD and after graduation. For example, UD graduate and PwC employee Matthew Michael was instrumental to the organization’s work with Salesforce, Cobb said.

As Rojas told The Smithtown News: “We had a duty and a responsibility to help as many people as we could.”