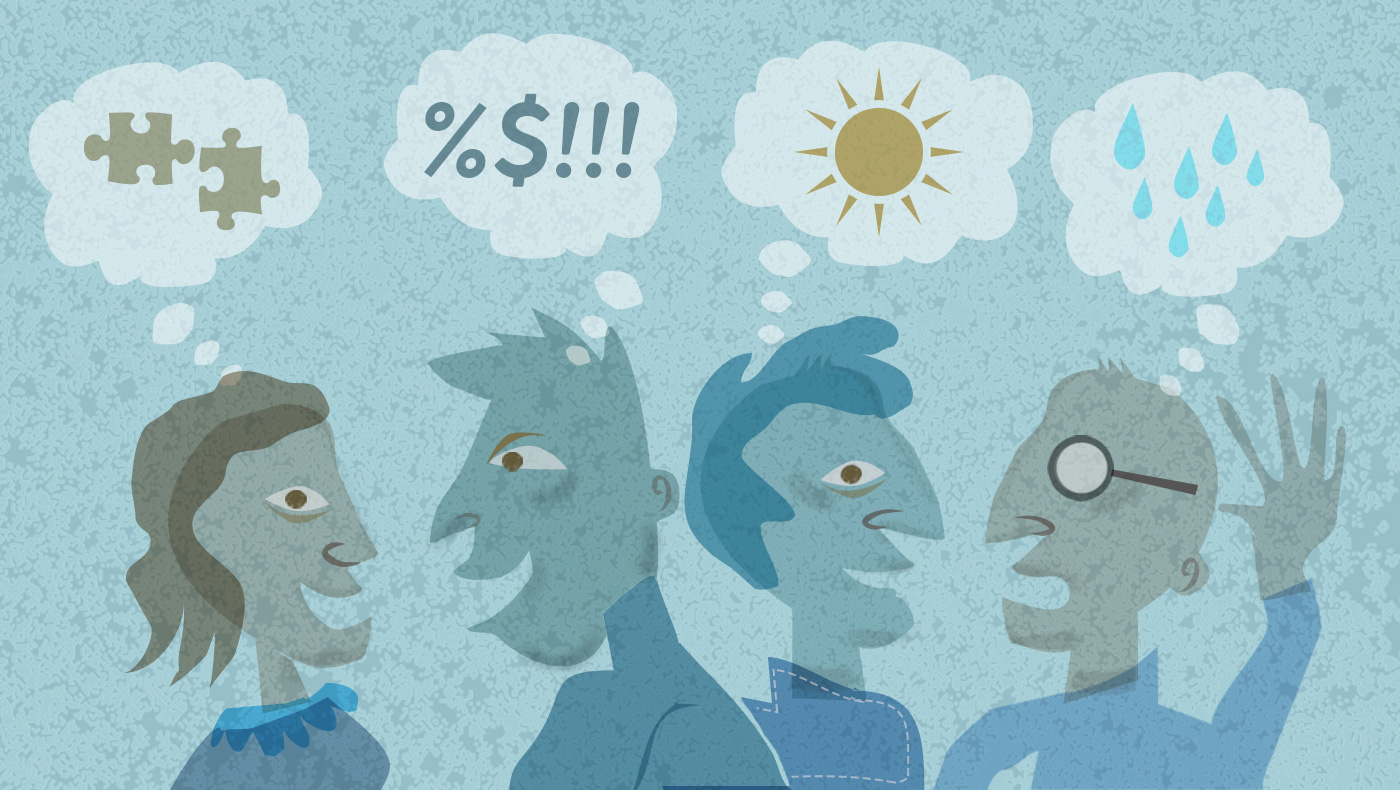 A team’s emotions may be one of the most important factors affecting their creativity and success, but emotions can often be difficult to understand. Thanks to new research from the University of Delaware’s Kyle Emich, we can now predict how team members’ emotions will affect the team’s creativity, and the results include a number of surprises.

It may seem obvious, for example, that positive emotions strengthen team creativity and negative emotions weaken it. But Emich explained that it’s more complicated than that—it’s not just about happiness, but about the team’s range of emotions, their “emotional diversity.”

In fact, according to Emich’s new publication in Organizational Behavior and Human Decision Processes, “Shifting focus: The influence of affective diversity on team creativity,” some negative emotions can actually help team creativity. This is because, in this context, emotions shouldn’t be thought of as positive or negative, but as “promotion” or “prevention” focused.

“Promotion focus is basically when you’re trying to maximize gains,” said Emich, who is an associate professor of management at UD’s Alfred Lerner College of Business and Economics. “It doesn’t matter if you’re going to fall down trying to run the race, as long as you’re trying your best to win.”

“Prevention focus is the opposite: You’re trying to minimize mistakes,” he continued. “So if you’re doing something that’s going to be awkward, or that has a risk, you’re just going to avoid it.”

Most positive emotions, Emich explained, are promotion-focused. People in happy or excited moods may not be concerned about risks or undesirable outcomes. Negative emotions, however, are more complicated.

“If you’re scared, that puts you in this mindset of, ‘I think something bad is going to happen. I’m scared of this bad thing happening, and I want to prevent that,’” he said. “It’s the same if you’re stressed or disgusted.

“However, there are a couple of negative emotions that are actually promotion focused, like anger,” Emich continued. “When people are angry, they don’t really care about the risks, they just want to go do something.”

Emich and his coauthor, Syracuse University’s Lynne Vincent, conducted three studies involving 1,625 participants and 427 teams. They found that team members experiencing promotion-focused emotions, whether positive or negative, encouraged the generation of new ideas. Their prevention-focused peers shifted their teams in directions that led to the creation of less novel ideas.

However, is there ever a time that it’s good to be angry or tense when working on a group project? Emich and Vincent suggested that those dealing with difficult situations in their work—and who are likely to experience negative emotions anyway—could actually harness their anger or frustration to get things done.

“If you’re working for a nonprofit, like, like the ASPCA, and you want to come up with creative ideas, one good way to do it might be to try to instigate some anger about the way animals are being treated,” Emich said. ”It’s an environment where you can utilize anger. You can try to channel that negative emotion.”

Emich and Vincent also found that factors like team size can have a big impact on how much one emotional team member can impact the team. In a larger team, Emich said, it may actually be beneficial to have a small number of prevention-focused people to keep the team grounded and realistic about their ideas.

“Two of the studies involved teams of three people, and for these teams, having only promotion-focused emotions was good, because a prevention-focused person had too much of an influence on the small group,” he explained. “But in a larger team of five or more people, having one person who’s going to be the devil’s advocate, who’s going to have stress, who’s not going to just be free forming with ideas, could actually be a benefit when it comes to creating a useful idea.”

For individuals, Emich said, this research might encourage them to consider their emotions before entering into a creative situation. Everyone has their own way of doing this, he added, but just considering the importance of emotions can be beneficial.

For team leaders this research is especially important, Emich explained, because it explores not only individual emotions, but also the way team members’ emotions affect one another. It goes beyond standard team-optimization measurements that focus on getting the best people to join your team, and instead focuses on how the emotional composition of the team as whole impacts creativity and innovation.

“What this paper is really doing is allowing researchers and managers to make a specific prediction about how creative their team is going to be based on the different composition of emotions within their team,” he said. “So let’s say you’re a team leader. This allows you to plug your team members’ emotions in and make a specific prediction about how creative or not creative they should be at the end of the day.”