The Great Migration and the Economics of Race 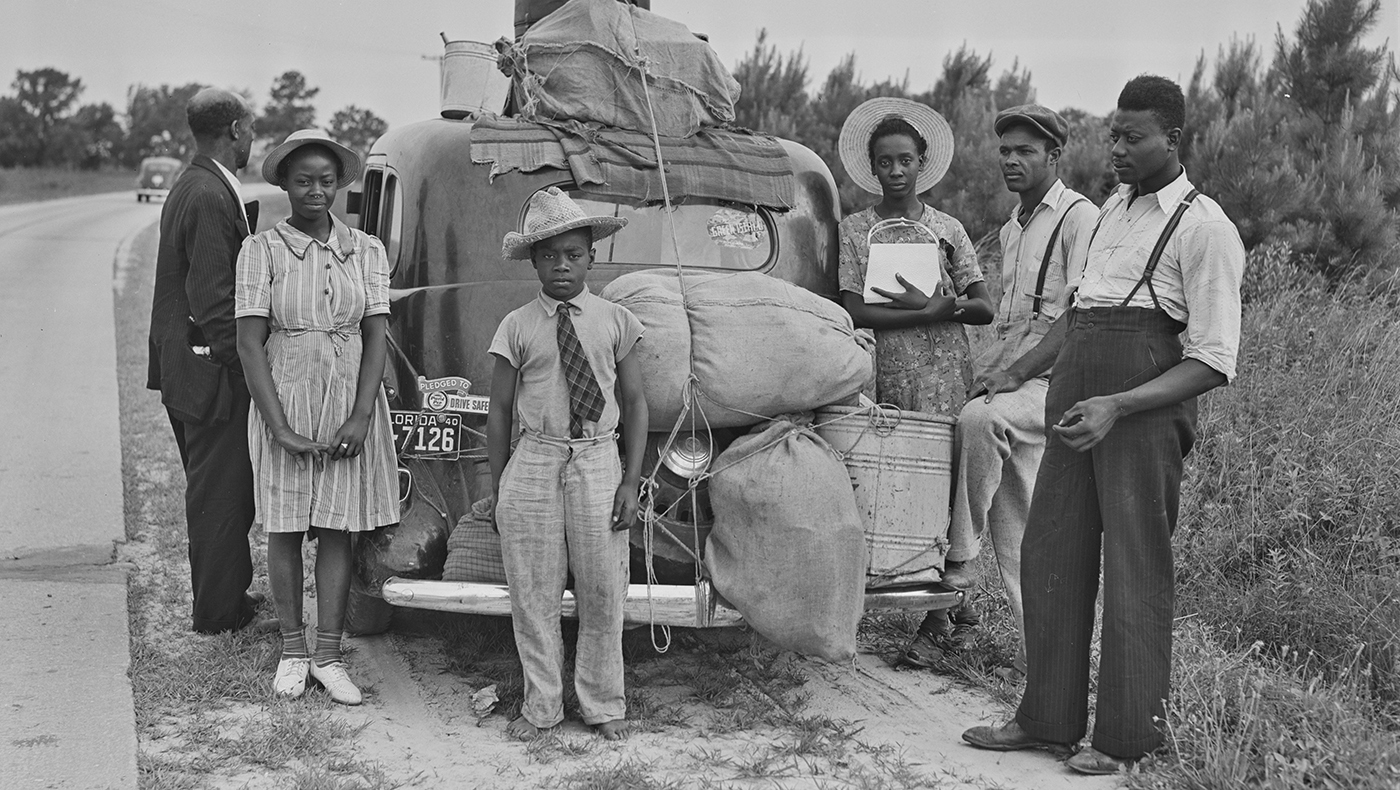 Editor’s note: This article was written by Susan Sherry who is the business administrator for UD’s Center for Economic Education and Entrepreneurship at the Alfred Lerner College of Business and Economics.

During the Great Migration, between 1910 and 1970, six million Black Americans journeyed to points North and West in the U.S. with the goal of finding a better life for themselves and their families. What they faced when they arrived were obstacles from income inequality to discriminatory housing policies, many that persist today.

University of Delaware alumnus Brett Burkey, director of education at the Florida Council on Economic Education, took Delaware social studies teachers through the economic push and pull factors that led to this movement in his webinar “The Great Migration and the Economics of Race.” The webinar was part of UD’s Center for Economic Education and Entrepreneurship’s (CEEE) topical seminar series, which provides resources for Delaware K-12 educators to bring into their classrooms.

“The social issues of race and inequality in economics are a vital part of any economics curriculum that is culturally responsive and inclusive,” said Scott Bacon, CEEE program coordinator and facilitator for this event. “Our goal in providing this workshop is to offer teachers the opportunity to deepen their awareness and understanding of these issues, and for them to bring these high-quality resources back to their classroom so that Delaware students can learn more about the economics of race.”

Burkey, a 2009 graduate of the CEEE’s Master of Arts in Economic Education and Entrepreneurship for Educators program, investigated the factors that led so many Black Americans to leave the South. Having the benefit of access to troves of economic data, brought to light by the Black Lives Matter movement, he conducted exhaustive research, assembling resources that were inclusive of 150 years, a broader period from the Reconstruction in 1870 to present day. Burkey created a comprehensive bank of resources for secondary school teachers to help them effectively engage students and bring to life the social and economic effects related to this era of U.S. history. Teachers could ultimately choose to design a curriculum from these materials that was best suited for their students. Through the study, students could analyze past events and learn about lasting ramifications that still influence our nation today.

“This one topic could be taught the whole year long, appealing to history, geography and economics teachers, alike– teaching about humans migrating in search of income and wealth equality,” Burkey said. “I was so startled by all that I was finding, I overloaded the interactive document with resources. I found I didn’t want to ignore any of these factors.”

Burkey found that while Americans are familiar with the push factors—economic exploitation, social terror and political disenfranchisement— that led Blacks to emigrate from the South in search of a better life, he realized that many know less about the factors that pulled them away.

Burkey explained how the Red Scare, occurring immediately after the end of World War I, led to the Immigration Act of 1924, intentionally slowing immigrants’ entry to the U.S. from Europe while effectively creating a shortage of labor in the North. To fill the shortage, industries began recruiting Black Southerners to work. By 1930, one tenth of the country’s Black population had relocated. When the Great Migration ended in the 1970’s, nearly half lived outside of the South.

Burkey uncovered that many Americans know even less about the obstacles that Blacks faced upon arrival in the new urban environments. Not only did income inequality persist but discriminatory housing policies and programs abounded, prohibiting their ability to build equity through real estate investment.

During his probing, Burkey was most startled to discover that the median white household today possesses 10 to 12 times more wealth than the median Black household. Wanting to better understand what led to this vast and widening inequality gap over time, he collected the many materials that would eventually become his curriculum.

Included among Burkey’s resources is a lesson detailing the 1933 establishment of the Federal Housing Authority (FHA), a governmental agency designed to address the nation’s housing shortage at that time. The FHA established underwriting and property valuation procedures, dictating the conditions under which it would underwrite mortgages so that lenders could grant risk-free loans and provide cheap money to encourage home development and sales.

Sharing excerpts from the original federal underwriting manual, Burkey noted that the text explicitly outlined racial restrictions, indicating that FHA-eligible properties could not be sold or otherwise made available to non-whites, ensuring that Black Americans and other people of color were left out of new suburban community development. Existing properties located in other areas deemed disadvantaged were not eligible for subsidized lending.

This policy, known as redlining, was rooted in the false belief that property values would decline and loans would be jeopardized if neighborhoods were not occupied “by the same social and racial classes.” The impediments created by FHA policies, urban renewal programs and segregating community covenants continually pushed Black families into affordable but less desirable areas where property values could not appreciate.

“For many, investing in real estate provides the core for building wealth. This was not an opportunity made available to African Americans. I couldn’t help thinking about the unbelievable amount of equity appreciation that was lost over these last nine decades,” Burkey said.

One online tool that Burkey found particularly insightful was Redlining Louisville: Racial Capitalism and Real Estate. This interactive instrument explicitly illustrates how the discriminatory FHA lending practices left a lasting and detrimental effect on the Black community and allows the viewer to contrast original 1933 FHA redlined maps with overlays of current census maps of those same areas. Teachers can help students compare statistics such as income, poverty level and race between the two time periods. The site provides compelling data that helps students understand how biased policy resulted in inequitable opportunities to build net worth.

Other topics covered by Burkey in the curriculum kit include The Compromise of 1877; sharecropping; the failure of Freedman’s Bank; the Mississippi River Flood of 1927; the role of the Chicago Defender newspaper; maps outlining rapid growth by decade of Black urban communities in cities like New York, Chicago, St. Louis and Detroit; the decline of union leverage in the North as the labor supply increased; the leveling of minority neighborhoods to make way for interstate highways; and gentrification of African American inner-city communities.

Creating a WebQuest that houses videos, music, news clippings and other documents related to the topic, Burkey designed a way for students to independently explore content at their own pace. All of the resources shared in his workshop were made fully accessible to those teachers attending.

“For the most part, students want to talk about this. And you want to feed that. Outside of the political nature of the discourse, it is a discussion that is sorely needed,” Burkey said.

“Teachers agree that immigration, race, and equality are issues that students care about deeply,” said Carlos Asarta, professor of economics and James B. O’Neill Director of CEEE. “These issues are also critically important to us at the CEEE, so we want to make sure that educators have the resources and knowledge they need to present them to their students.

“By bringing these important issues and history into their classrooms, educators stand to make learning more relevant and meaningful while at the same time helping students frame current and future events with a critical eye, a skill needed for developing an informed citizenry,” Asarta continued.

The CEEE regularly offers topical seminars for the Delaware K-12 educational community, addressing timely topics such as Election Economics, Unemployment and the Coronavirus Economy. Educators are invited to visit the CEEE’s academic year calendar to view upcoming professional development opportunities and to review experiential and competitive events planned for students.