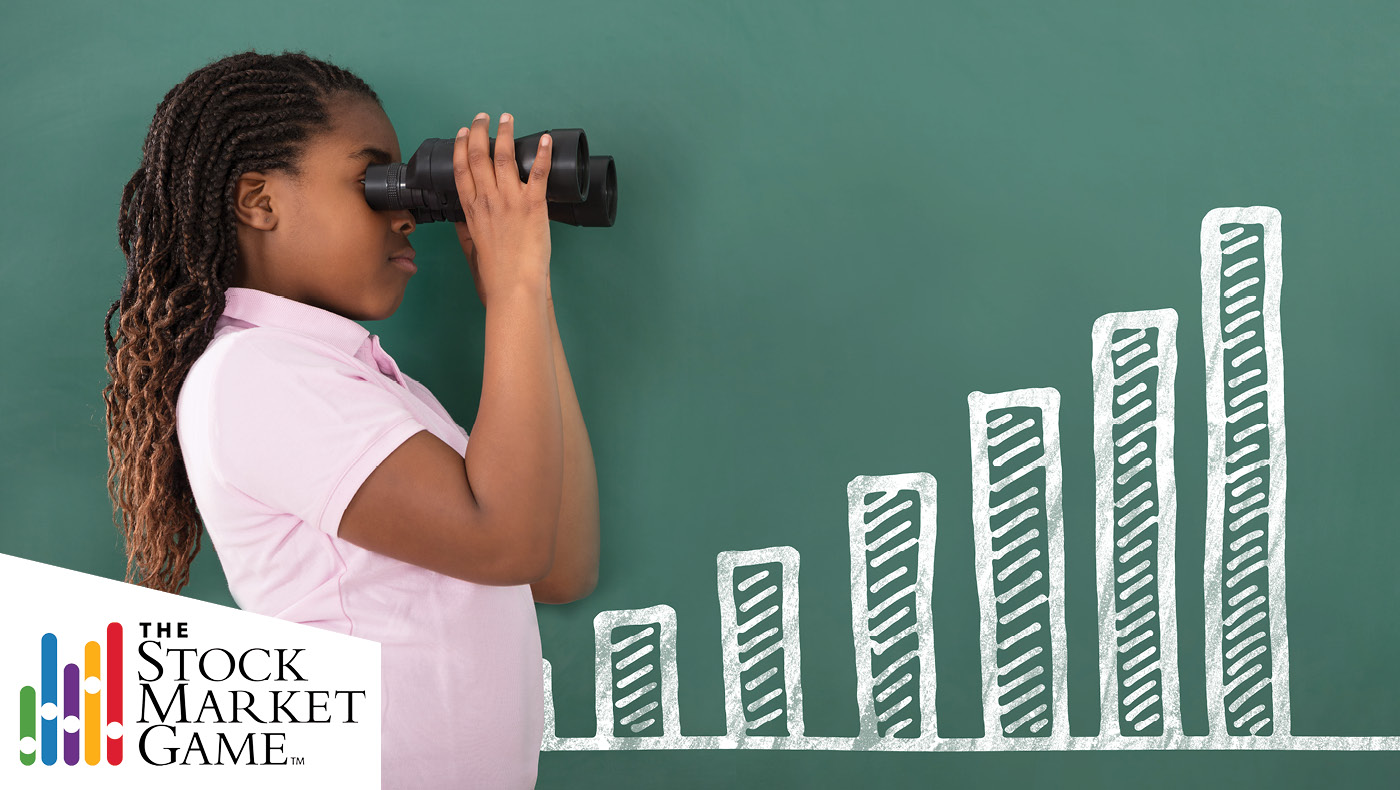 Sponsored by the Securities Industry and Financial Markets Association and offered in Delaware by the CEEE since 1983, the bi-annual SMG is funded by the Delaware Department of Justice’s Investor Protection Unit (IPU) with support from WSFS.  It is a unique opportunity for students to study the financials and stock performance of public companies and build virtual investment portfolios.

The first team recognized during this reception was from Bancroft Elementary. Team members Jaelyn Johnson, Kevon Townsend and Felix Millar-Mason, advised by teacher Michelle Suchyj, earned a return of $6,515 on their initial $100,000 investment. The team shared a presentation describing their investment choices in stocks like Apple, Netflix and Disney Plus.

Suchyj noted that, “[This team] had to do everything virtually. They’d meet once a week for half an hour, so they did a pretty great job.”

From the middle school division, seventh and eighth graders Anand Simon and Sadie Heiger, advised by their teacher, Mandy Balanetsky, from Wilmington Montessori achieved a return of $11,480 over the course of this 10-week game. With sophisticated analyses, the team described that they invested in businesses whose stocks have a reputation for being volatile so as to make money quickly, and big technology companies that remain stable yet steadily increase in value.

Next, beating the S&P 500 by more than 21% and earning a return of $129,965 was a team from Newark Charter High School. Rahul Konkimalla, Alex Esenyan, Taran Venkatesh, mentored by their teacher, Justin Miller, explained to the audience their methods for securing such an outstanding return on their original investment.

“Throughout the competition, we focused on short bias small-cap equity trading,” said one of the participating students. “So we looked for overvalued price action on biotech companies with very low market caps. Using a discretionary and analytical model, we also found oscillation points where we can find entries and exits.”

Lastly, the first-place winning team from the after-school division at Mount Joy United Methodist Church was recognized for their success. Participants Ronald Kinard (RJ) and Zion Reams and their two mentors Michelle Kinard and Shealese Russell-Reams earned $103,395 in assets following their investments in the SMG. After their introduction, the participants spoke on the valuable lessons they had learned from their experience buying and trading different stocks.

Following the awards segment of this reception, Jillian Lazar, Director of the Investor Protection Unit of the Delaware Department of Justice and Craig Weldon, Chief Special Investigator for the Investor Protection Unit spoke briefly about their relationship with the CEEE. For years, the IPU has supported the Stock Market Game through the CEEE with the intention of instilling financial literacy into the minds of young people.

“When you develop financial literacy at a younger age, it’s something you can carry with you through your life,” said Lazar. “So, if you learn financial literacy now, you are less likely to be taken advantage of by an unscrupulous party later.”

Typically, by the end of the Stock Market Game, students tend to grasp the economic functions of the stock market, impressing their parents, guardians, and teachers with their skills.

“Parents, it is important that you learn from what your children are doing because, at some point, they may also be helping you invest,” Weldon noted. “Keep up the good work. Take every chance you get to engage in an activity like this. It is just going to make you a better student and a better person.”