Business Impact of Phillies in the World Series 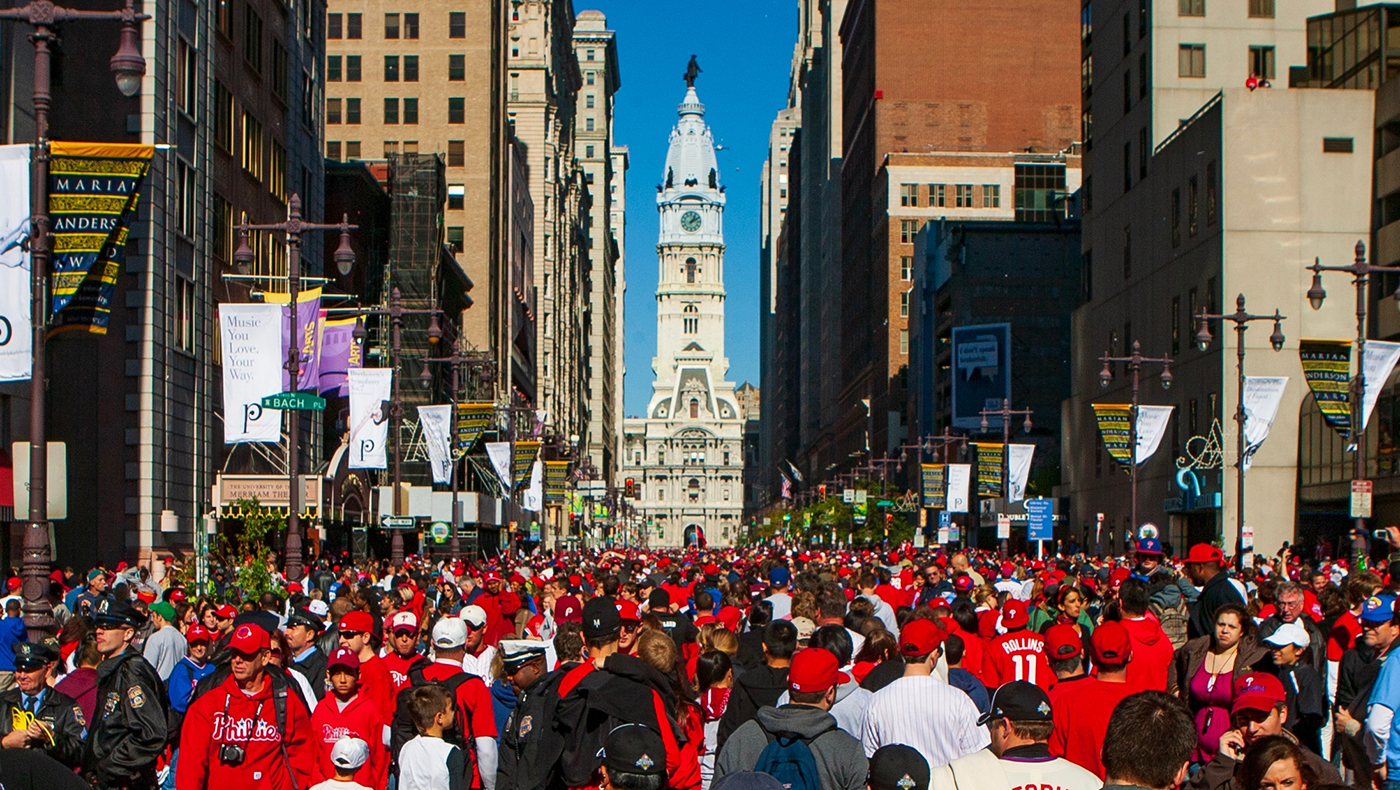 When J.T. Realmuto cracked a solo homer over the right field wall to lead off the 10th inning in Game 1 of the 2022 World Series — a game that the Philadelphia Phillies won — it felt like a continuation of good fortune for the wild card team, which many people didn’t think would reach the Fall Classic.

The first World Series game held in Philadelphia in 13 years created at least a temporary euphoria for fans in the tri-state area — and a boon for local businesses.

“What  I always talk about with a sporting event is this idea of what they call a psychic economy,” said Matt Robinson, professor of sport management in the Department of Hospitality and Sport Business Management at the University of Delaware’s Alfred Lerner College of Business and Economics.

“It’s an emotional lift for the city, more so than dollars and cents,” said DeSchriver. “It’s for the city pride, the community when you see everybody at sports bars, partying in the streets and things like that.”

The Phillies’ playoff run has come with plenty of local and national promotions, including Schwarberfest, a promotion by Pennsylvania-based convenience chain Wawa that will run through the end of the World Series. The campaign is a play on its annual Hoagiefest promotion, which runs for a month during the summer and includes discounted prices for shortis and classic hoagies. The promotion is named after the Phillies slugger Kyle Schwarber, who belted a slew of home runs during the initial Hoagiefest. Schwarber was also responsible for Taco Bell offering a free Doritos Locos to app members after he successfully stole a base during Game 1 of the series.

Ticket sale prices soared in Philadelphia as well. All three World Series games at Citizens Bank Park were sellouts, and according to the Wilmington News-Journal, tickets reached an average price of $3,200. That’s the second highest average World Series ticket price in MLB history, behind the Chicago Cubs in 2016. By contrast, World Series tickets in Houston averaged around $1,500 per seat. (As of Friday, Nov. 4, the World Series was still in progress, with the Houston Astros leading the series, 3-2, heading into Game 6 in Houston.)

DeSchriver said ticket sales and swag benefit every MLB team, since they split the profits through the league. Locally, several businesses including the Live Casino, which is around the corner from Citizens Bank Park, saw an increase in hotel booking and was generally busier.  More than two dozen bars stepped up to be pickup locations where fans could grab free Phillies signs. The popular bar Xfinity Live canceled its annual Halloween event for World Series watch parties and offered specialty drinks.

Robinson, echoed DeSchriver’s sentiments and attributed the specials, free signs and get-togethers for shared experiences to that feel good moment that boosts everything.

DeSchriver pointed out that under the previous MLB playoff structure, where only five teams per league made the postseason, the Phillies would not have qualified, and noted that national viewers of the World Series might be rooting for the Phillies to win because they are the underdog. Philadelphia fans, of course, are rooting for their home team. Some of those fans are also excited that other Philadelphia teams are doing well at the same time. The Philadelphia Union is scheduled to play in the MLS Cup on Saturday, Nov. 5. The Philadelphia Eagles were 8-0 and the NFL’s only undefeated team after a victory on Thursday, Nov. 3.