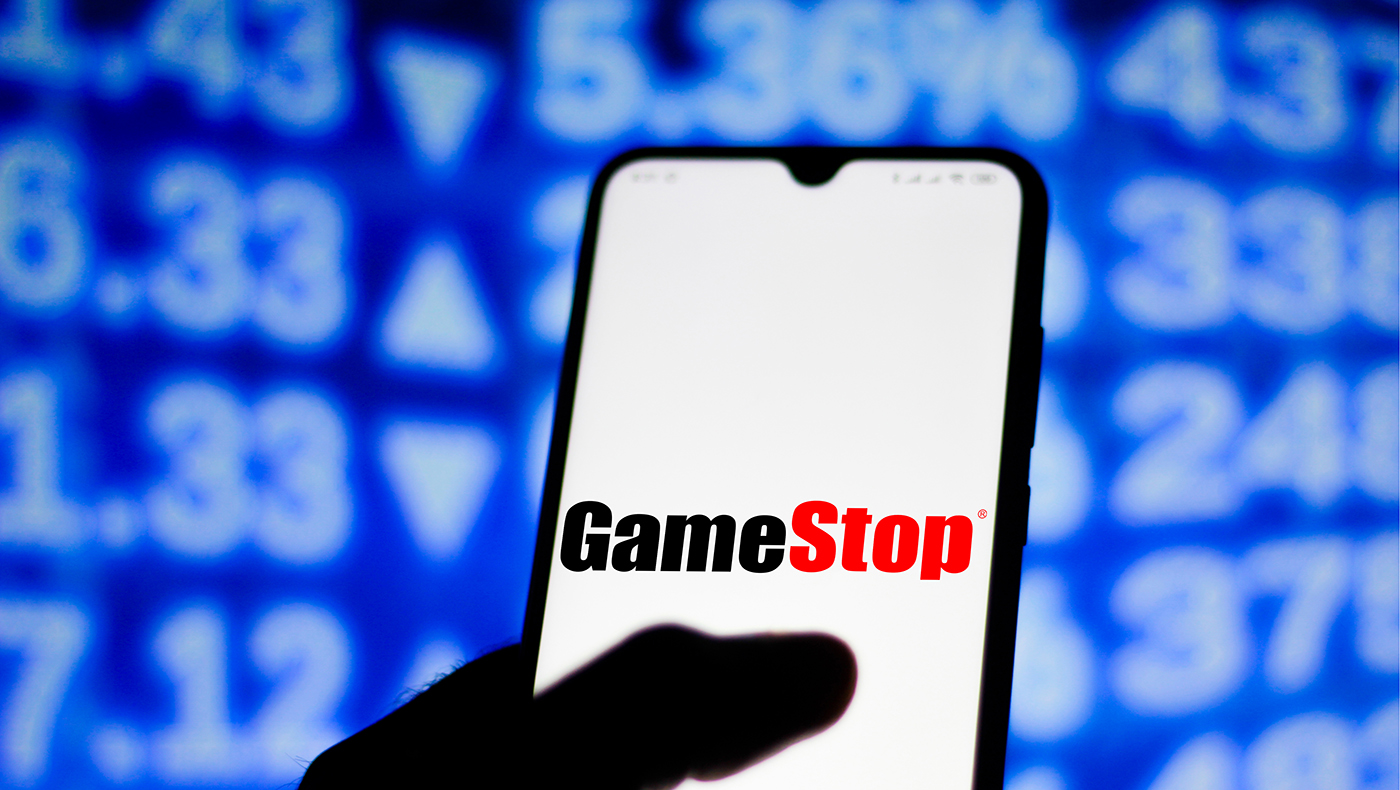 GameStop, the world’s largest video game retailer, dominated headlines in late January when it took the stock market by surprise. The company, recently thought to be in decline due largely to its outdated mall-based sales model, experienced an explosive surge in the volume of stock being publicly traded.

The University of Delaware’s Center for Economic Education and Entrepreneurship (CEEE) unpacked the GameStop frenzy for secondary school social studies teachers during a professional development session led by Jim Butkiewicz, professor of economics in the Alfred Lerner College of Business and Economics, in March. More than 30 educators from schools across the country attended to get a better understanding of the GameStop stock trading frenzy to bring to life lessons for their high school economics students.

“Students are always curious about how current events, such as the GameStop frenzy, relate to the curriculum that they are learning in class,” said Scott Bacon, event moderator and CEEE’s program coordinator. “The CEEE is happy to assist teachers in identifying quality resources that will promote this kind of student engagement in their classroom.”

Butkiewicz broke down the circumstances that led to this short-lived speculative bubble and provided teachers insight into how financial markets raise capital, how speculation and risk is inherent in stock market investment, and whether the small retail investor did really benefit at the expense of the big money hedge fund financiers.

“So much of the GameStop phenomenon has been focused on speculative behavior, creating a distorted picture of securities markets,” Butkiewicz said. “Both the stock and bond markets serve a very important economic function, making it possible for corporations and governmental units to raise capital needed to fund their work.

“Markets also provide an opportunity for individuals to increase their savings. They generate a lot of employment and a lot of income.”

During the frenzy in late January, several hundred million GameStop shares traded each day, with turnover about four times the total of outstanding shares. It outpaced the trading volume of four of the five top-traded American FAANG technology companies combined—those of Facebook, Amazon, Apple and Netflix. The volatility garnered enough attention to warrant a House Financial Services Committee congressional hearing in mid-March.

As background, Butkiewicz explained that securities ownership does skew toward the wealthy. In 2018, 38% of total U.S. equities were held directly by households, but only 15% of U.S. households directly own shares of stock rather than mutual funds. Pension ownership allows for the indirect involvement of retail investors. In 2019, about 53% of all households were invested in the stock market in this way, yet only 31% of families in the bottom half of income distribution were invested at all in pension plans. Households that own taxable investment accounts highly correlate with race, education, home ownership and age. Participants are more likely to be older, affluent, college educated and white.

Due to a more recent move to zero-commission trades, fractional and single share trading, very low mandatory account minimums, and easy app platforms such as those from RobinHood Markets, Schwab and TD Ameritrade geared toward younger investors; more young people are now participating in the stock market.

Some worried that in light of the GameStop speculative trading mania there may be a move to tighter regulation. Many market experts who testified before Congress argued that more democratization of the financial markets was a good thing and to be careful not to introduce restrictions that would discourage this participation.

Butkiewicz explained that market trading is generally speculative in nature, and that financial managers are very forward looking, buying and selling based on what they and fellow investors think might happen.

Outlining how speculative bubbles work, Butkiewicz explained that in these investment scenarios, “truths” often turn out to be false. Two fallible assumptions defined the housing market bubble of the early 2000s: housing prices will always go up and owners will pay their mortgages. Due to the rising interest rates of that time, these speculative bubbles eventually burst taking with them homeowners and banks.

“Speculative bubbles are not totally without rationale,” Butkiewicz said. “They all have some germ of truth to them that give investors reason to get excited. Speculative demand rather than intrinsic underlying worth is what fueled the investment surge. When debt fuels the investment, the danger of being over-leveraged when bubbles burst is magnified further.”

GameStop’s story was similar. New management had arrived, positively rumored to be able to turn around an outdated company. Chewy pet food co-founder, Ryan Cohen, was now a major principal, working to refocus the video game retailer into a tech company.

Hope for a turnaround in GameStop caused retail investors to attempt to launch a short squeeze. Heavy retail buying drove up the stock’s price, forcing short sellers to buy to cover their short positions and avoid further losses. The heavy trading volume forced RobinHood and some other brokers to restrict trading in GameStop and several other stocks. The retail traders cried foul, believing that the trading halt was to protect hedge funds,  when in fact the reason for the halt was due to a little-understood requirement in that,  on the day of the trading halt, Robin Hood was required to provide 10 times its normal cash margin to cover potential losses due to non-payment by its customers.

Large institutional investors were also on both sides of the trading and experienced substantial losses and substantial gains. The public outcry by Wall Street Bets Reddit subthread judged the stoppage of GameStop trading by broker Robin Hood Markets and others as scandalous, accusing them of protecting the hedge fund interests over those of individual investors. The truth was far more mundane. These brokers were merely doing what they were required to do to protect all investors.

Butkiewicz reminded educators that stock markets serve important economic functions, that most investors are long-term investors, and that speculation will always be involved in stock trading. To address the risk inherent in such speculation, more and more people are investing in index funds rather than directly buying stock.

Butkiewicz concluded with some advice for teacher investors, suggesting that buying and holding remains the best strategy for most.

“In the long run, prices should reflect the earnings power of the corporations, and that should go up over time,” Butkiewicz said. “The long history is that the market goes up. If you are risk averse, consider investing in index funds or just don’t look at the market on the bad days. And, if something seems to be good to be true, sell!”