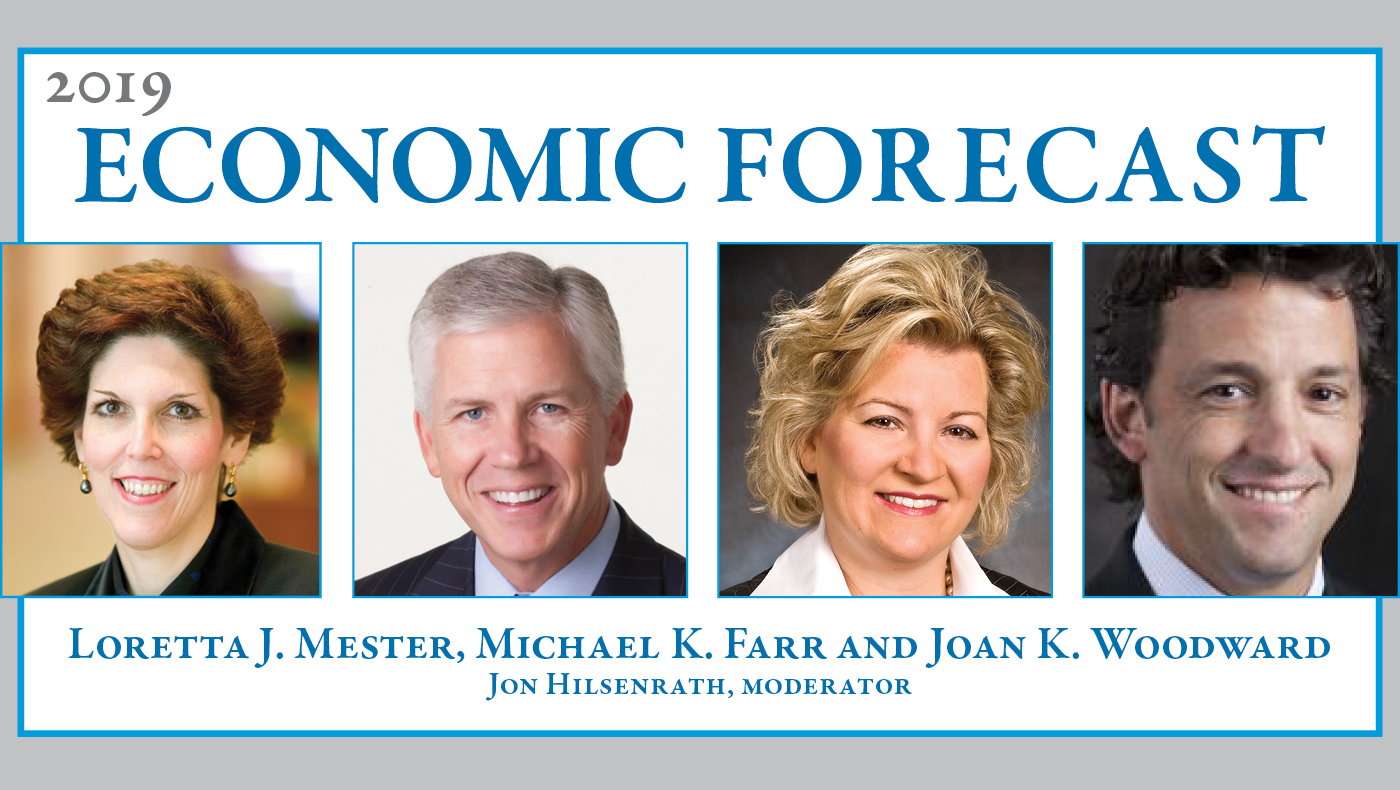 The 2019 Economic Forecast, hosted by the Lyons Companies and the University of Delaware’s Alfred Lerner College of Business and Economics Center for Economic Education and Entrepreneurship (CEEE), will bring together distinguished voices that influence, determine and interpret U.S. economic policy to discuss the upcoming year’s economic climate on Tuesday, February 19. The goal of the event is to provide the local Delaware financial community with a better understanding of how the upcoming year’s economic climate will affect local business, and registration is now open.

Michael Farr, author, CNBC contributor and president of the investment advisory firm Farr, Miller & Washington, LLC, will be one of the distinguished speakers at the Economic Forecast. Michael has been a dynamic, thought-provoking and engaging presenter at previous Economic Forecasts and will be back for the eleventh time this year. He spoke with UD in advance of the event about tax cuts, the GDP and their impacts on the average American:

Q: The Federal Reserve’s (Fed) interest rate policy has been a focus of the news lately; How do you think this will impact the conversation at the 2019 Economic Forecast?

A: The Fed has never been as vital as it has been in the last 10 years to financial markets and economic growth. Both non-financial corporate debt and government debt have exploded during the course of the economic recovery, and this has been made possible by the Fed’s suppression of interest rates at close to 0% for an unprecedented eight years.

Everybody has a stake in what the Fed is doing right now. The Fed is affecting more than just borrowing costs for houses, cars and other big-ticket items. The Fed’s monetary policy also affects stock and bond prices, retirement plans, corporate investment, the labor market, inflation, and demand for many of the goods and services we buy every day. Everybody’s a stakeholder based on what the Fed is doing, and that’s a little bit different than the past. This is not just a Wall Street thing.

The housing market is particularly sensitive to interest-rate increases. We’ve seen mortgage rates go up significantly, from a low of about 3.4% to about 5.0% before coming back down to about 4.5%. The increase in rates has negatively affected affordability, new construction, turnover and prices. Because the housing sector contributes an estimated 15%-18% of GDP (per NAHB and including spending on housing services like rent and utilities), housing can often be an early indicator of the economy’s future trajectory.

Q: You say that everybody is a stakeholder in what the Fed is doing. What can people gain from participating in the Economic Forecast?

A: The opportunity to hear directly from Loretta Mester, a Federal Reserve president, who is in the room when policy is made and can share insights about the Board’s internal machinations, is remarkable.

For businesses, Fed policy is of utmost importance as it can affect their cost of capital, which is used to fund their growth. The more affordable that capital is, meaning the cost of borrowing, the more sense it makes for them to take the chance to invest in growth. They can invest in people, they can invest in plants and equipment, or they can invest in new technologies. All of those things are based on how much money costs and what kind of returns are possible with that capital. Therefore, lower interest rates have historically been supportive of growth in the economy at large.

In a growing economy, you also expect the demand for workers to increase, which leads to higher wage growth. For the students coming to the Economic Forecast event right now, as opposed to when I first started making presentations at the University of Delaware 10 years ago, it’s a lot easier for them to land a job. It’s going to be even easier for them to get a job with a University of Delaware degree, and they’re going to get paid more than they would have been paid five years ago. They should also expect to see their incomes grow throughout their early years of being employed after they graduate.

Q: What is the value that you see in the 2019 Economic Forecast event that compelled you to participate?

A: I’ve always been impressed by the Lyons’ Companies commitment to both the University of Delaware and to economic and entrepreneurial education. I feel that this event is a way for me to support those efforts.

The individual Federal Reserve banks have an educational mandate, and they realize that UD provides a fabulous economic education and values entrepreneurship, so they vote with their feet. For over 10 years, Federal Reserve presidents from different banks around the country have said, “I’m going to travel to Newark, Delaware.” They are coming to a place that they recognize as being important for economic education.

It is a great privilege to join various industry executives and Fed presidents to learn from one another and to share our perspectives with both the academic and business community at one of the nation’s finest universities.

Q: Do you expect that much will change between now and the event in February that might be reflected in the conversation?

These two policy initiatives represented episodic infusions of cash into the economy, fueled by debt, that were supposed to have generated and ignited not only higher but also more sustainable rates of economic growth. So far that really hasn’t happened, and we’re returning to the 2-2.5% economic growth that we saw prior to the tax cut and the deficit spending bill that was passed last March.

However, it can be argued that sometimes these things can take a while to percolate, so we may see that growth still. What I predict is what we’re seeing now, which is a return to 2-2.5% GDP growth, and I don’t think that’s a bad thing.