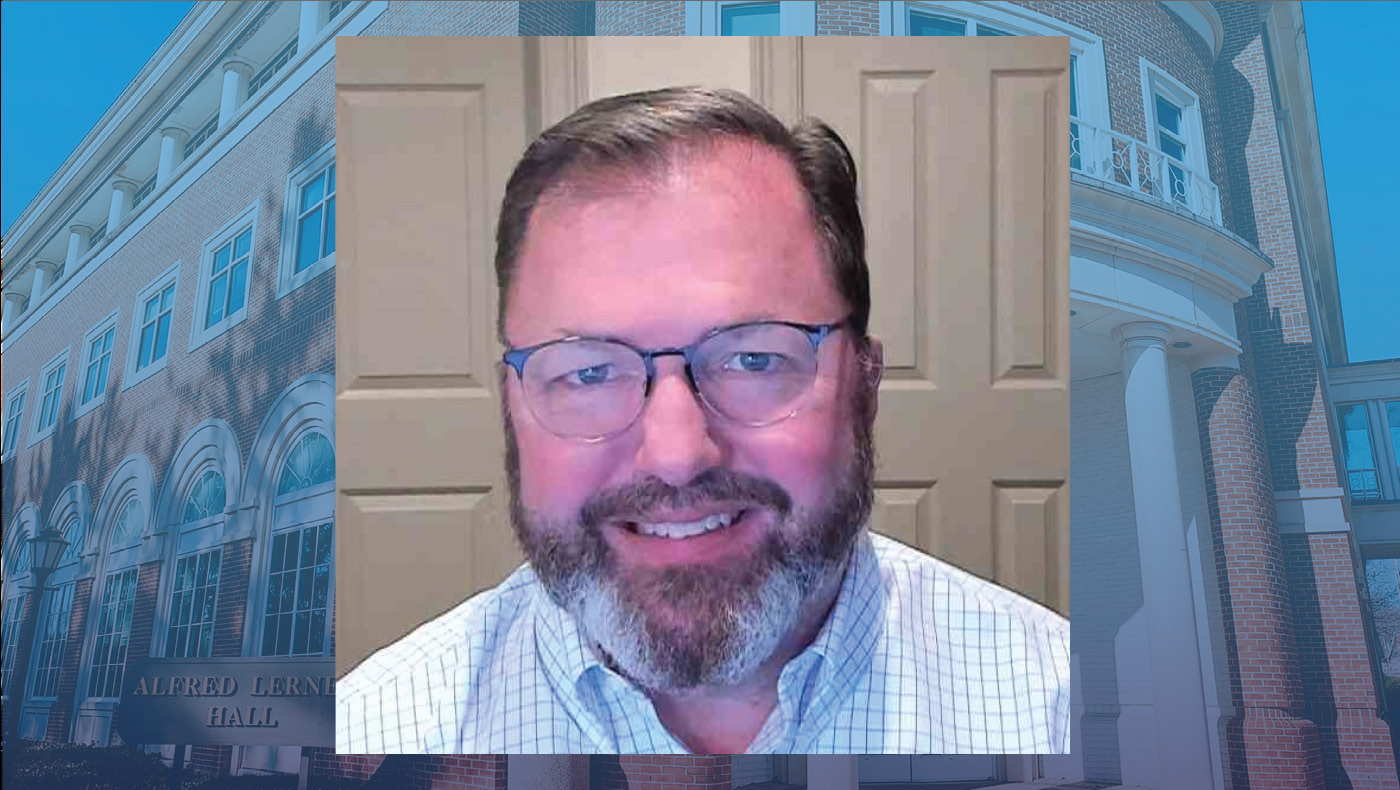 James Holden works as an assistant general counsel and is an MBA candidate at the University of Delaware’s Alfred Lerner College of Business and Economics. Holden, who plans to graduate in 2022, shared his experience choosing Lerner graduate programs and how it has impacted him both personally and professionally.

Lerner: Why did you go back to pursue your graduate degree? Why did you choose the Lerner College for your studies?

Holden: I’ve been an in-house attorney since the late 1990s, and have been in and out of combined legal and business roles throughout my career. I generally avoided business classes as an undergrad, expecting that I would be heading off the law school and become a trial lawyer. Little did I know that I would be pulled into business over the course of my career! I finally realized that while I had picked up a lot of business knowledge along the way, having a better knowledge of the fundamentals would help me do my job better. I selected Lerner because I was a Delaware resident, my wife is UD faculty and thus I had some tuition benefits, I knew and liked several of the MBA faculty and staff, and everyone I asked for advice spoke very, very highly of the program.

Lerner: What did you learn through this opportunity that you wouldn’t have learned anywhere else?

Holden: This is a very difficult question to answer, as I have learned so much in my MBA program! I think the one thing that I wouldn’t have learned anywhere else is that you are never too old to return to school and to be able to learn from your colleagues. I’m usually the oldest person in my courses by far, and am often older than my professors! While I have more life experiences and can call up past events and examples in classes that occurred long before some of my classmates were born, I still learn something every class session from them. Their fresh perspective on the world, their optimism and their excitement about their future careers is inspiring and makes me want to help make the world a better place for them as well as my own children.

Lerner: What is an example of a course or concept that you were able to apply directly to your life and/or career?

Holden: Dr. Jack Baroudi’s course, Building Emotional Intelligence and Critical Thinking, BUEC 601, was invaluable. I was in the middle of being considered for a new role and the knowledge I gained in that course, about myself and about how I “tick” was invaluable, and I put it to good use in the hiring process. Another course, BUAD 620 Fundamentals of Analytics, taught by Dr. Hemant Kher, introduced me to a method of establishing objective performance metrics that I’ve put into place at my job.

Lerner: Can you describe an important connection you have made through your graduate program?

Holden: I feel like I’ve just won an Oscar, have 20 seconds to thank everyone who helped me along the way, and am scared to death I’ll forget someone and permanently offend them! Jill Pante has been a tremendous friend and resource, with her career services focus and expertise in branding and networking. Dr. Baroudi has likewise been an enormous influence; his course and his advice have helped me see a future I thought was far beyond my reach. Dr. Dustin Sleesman challenged me during my first semester, made me look at situations from an entirely new perspective and proved that night classes after a long day at work could still be something to look forward to. Dr. Adam Fleischhacker made me look at old problems in a new way, understand how to make business work more smoothly and, most importantly, supported all of us when we were forced to modify our course because of COVID-19.

Lerner: If you were to describe your classmates in one word, what would that be?

Holden: Enthusiastic. While moods ebb and flow during the course of a semester, everyone in all of my courses is generally glad to be there and excited about the learning process. Unlike my law school experience, there has not been a cut-throat atmosphere in any of my courses. People are competitive in the sense that they want to do well, but they have also realized that someone else doing well in the class will not keep them from getting a high grade themselves. As a result, students share information, help each other get through assignments and are generally really supportive of their colleagues in classes.

Lerner: Fill in this sentence: “My graduate program helped me become…”

Holden: A better counselor and business advisor and a more complete employee.

Lerner: What was the most impactful hands-on project or case competition that you were able to participate in?

Holden: I’m sure this answer will change in the next couple of years, but so far I’ve gotten the most out of two projects. The first was Dr. Baroudi’s entire course on Building Emotional Intelligence. The impact on me, my recognition of my capabilities, and a clear and unbiased description of my weaknesses has been profound. The second was my end-of-course project for Dr. Fleischhacker’s Operations Management course. The topic was about changes in management need to be smooth and flowing, rather than abrupt. It brought to mind the old advice about waiting six months in a leadership role before instituting major changes, and I illustrated the point with various musical examples. I had a lot of fun doing the project, learned a number of major lessons about management along the way and brought some smiles to peoples’ faces.

Lerner: What are your plans or next steps for the future?

Holden: That’s sort of the million-dollar question, isn’t it? I really enjoy my current job and my current organization – I’m Assistant General Counsel for Interdigital, Inc., based in Wilmington – and have no immediate plans to change. However, my current work in a course offered by Dr. Daniel Sullivan has made me realize that what I really want to do is make the world a better place, likely through work on sustainability, the circular economy and making the world a better place for the future.  How those plans get put into action remains to be seen!