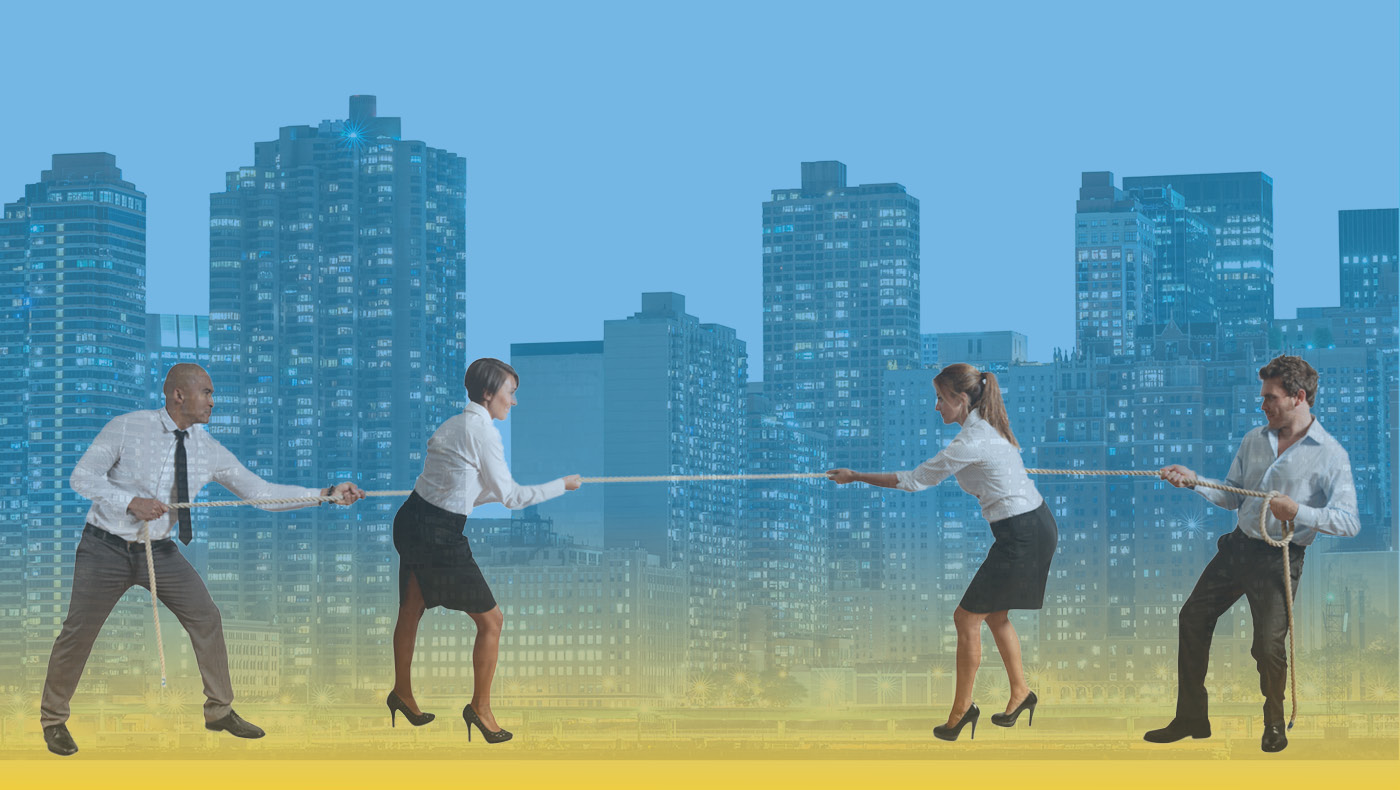 Self-managed, bottom-up, self-directed, semi-autonomous: these buzzwords for new team structures have been trending across the business world in recent years. Whether it is attributed to cost-cutting or the spirit of collaboration, many companies have been opting for these new management models over the top-down approaches of the past. However, according to new research from University of Delaware Professor Dustin Sleesman, managers need to watch out for some unexpected pitfalls of self-managed teams as companies diversify.

What makes Sleesman’s research different from previous studies is that he and his co-authors chose to test and compare top-down and bottom-up models to see where each model is most effective in helping diverse teams succeed, rather than exploring the successes and failures of the two models individually. The paper, “Hierarchical leadership versus self-management in teams: Goal orientation diversity as moderator of their relative effectiveness,” was published recently in The Leadership Quarterly and co-authored with Anne Nederveen Pieterse, John R. Hollenbeck, Daan van Knippenberg, Matthias Spitzmüller, Nikos Dimotakis and Elizabeth P. Karam.

“As companies aim to diversify the workplace, a recent trend in business has been to move away from traditional top-down leadership structures and toward the use of flat and agile self-managed teams.” Sleesman, who is an associate professor of management at the University of Delaware’s Alfred Lerner College of Business and Economics, said.

This research focuses on diversity in terms of goal orientation, or the way people approach goals, across individuals and how that can influence team performance. The paper clarifies that, “goal orientations capture individuals’ mental framework of task goals and strategies… The primary difference in goal orientations is whether the focus is on learning and development or on demonstrating competence in comparison to others.”

“One thing that is important to realize is that goal orientation is a personality characteristic, so it’s stable over situations,” Sleesman explained. “But it’s also something that can be changed. So it’s both a trait and a state.”

Although previous research has proven that diversity in the workplace has many benefits, Sleesman and his co-authors found that diverse goal orientations can also create obstacles to aligning a teams’ efforts when there isn’t clear leadership.

“If you look over the past couple of decades, organizations have been moving toward self-managed teams,” Sleesman noted. “A lot of that is due to cost cutting and efficiency gains, as management levels are being reduced in favor of self-management. Along with that trend, there’s also a push for diversity in organizations. Diversity can be conceptualized on a number of levels: age, ethnicity, race, and even goal orientation.”

But when there is a diversity of goal orientations in a team, a more traditional hierarchical leadership structure is more effective. Leaders can get everyone on the same page by bringing different goals together to move things forward.

“With increased diversity, it’s helpful to have a leader to help guide the team and create structure,” Sleesman continued. “Many organizations don’t realize that the push for diversity can be at odds with the push to replace traditional leadership structures with self-managed teams.”

Sleesman added, “I think there are parallels between our research findings and the current political environment in the United States. When there is a diversity of perspectives and people are divided, that’s when you really need a leader to step in to bring them together.”

What other applications do these findings have in the business world today? According to Sleesman, when organizations are choosing whether to use a self-managed or hierarchical team structure, they need to have a sense of the different goal orientations of the team members. When creating a team that has diverse goal orientations, an increased focus on planning and team meetings is essential to ensure that members are taking time to align themselves and come to a consensus on the goals and process.

“I teach my students to really pay attention to diversity,” Sleesman said. “If you’re on a team and you recognize that there’s a lot of diversity, on any dimension, you should step up and engage in more efforts than usual to align the team members and make sure everyone is on the same page.”