The Top of the Glass Ceiling 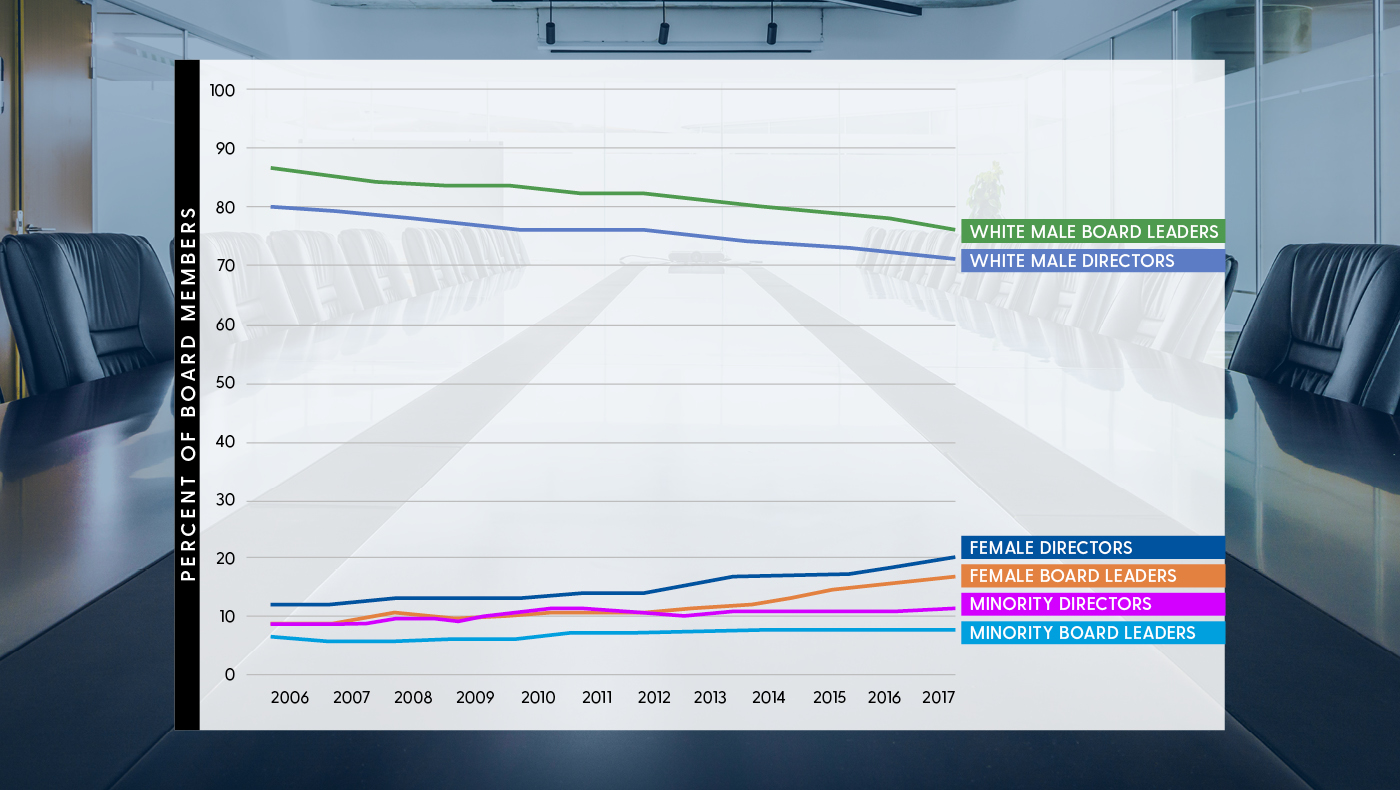 As recent protests across the United States and the world have put a magnifying glass on issues of diversity and equity, new research from the University of Delaware’s Laura Field explores the ways in which these issues go all the way to the top of the corporate ladder.

In “At the Table but Can’t Break Through the Glass Ceiling,” published this week in the Journal of Financial Economics, Field and her coauthors found that even when corporate boards include directors who are women and/or racial minorities, these diverse directors are significantly less likely to serve in positions of leadership. This is despite the fact that diverse directors are more likely to possess stronger qualifications.

“While specialized skills such as prior leadership or finance experience increase the likelihood of appointment, that likelihood is reduced for diverse directors,” wrote Field, who is Donald J. Puglisi Professor of Finance at UD’s Alfred Lerner College of Business and Economics, and her coauthors, the University of South Carolina’s Matthew E. Souther and the University of Missouri at Columbia’s Adam S. Yore.

In this Q&A, Field provides more information on these results. She also discusses why this inequity could be occurring and how it could be solved.

Q: Can you talk more about the data that your team found?

Field: Prior research has shown that women and minorities are underrepresented in corporate boards, and we’ve seen increasing calls from institutional investors and regulators for firms to diversify their boards. U.S. firms seem to be responding to these calls for greater board diversity: The percentage of female and minority directors has increased substantially over the past 20 years. In our paper, we examined the extent to which female and minority (diverse) directors served in board leadership roles, as chairman of the board, lead director or as chairman of one of the four major committees (audit, compensation, governance and nominating).

We studied a large sample of directors on U.S. corporate boards over the period from 2006 to 2017. Our sample was extensive, including 126,044 director-firm-year observations, which represented 19,686 individual directors serving at 2,254 unique firms. We found that diverse directors were highly qualified; they had a greater number of professional credentials, they had more extensive outside board and other firm committee experience and they came from larger director networks than their white male counterparts. Nonetheless, we found that women and minority directors were significantly less likely to be appointed to board leadership roles. In each year of our sample period, female and minority directors were less likely to serve in leadership roles, while white males were more likely to serve as board leaders.

Q: Does your research team have any suggestions on how to remedy this problem?

Field: To identify possible intermediations to mitigate the diversity leadership gap, we considered three interventions suggested by prior literature to enhance board diversity:

We found that firms adopting a diversity policy indicating that they consider race and gender in their board nomination policy were more likely to have diverse directors serving in board leadership roles, as were firms with a diverse director on the nominating committee.

However, our results suggest that merely increasing diverse representation on the board will not mitigate the leadership gap. Thus, our research suggests that if firms wish to mitigate the diversity leadership gap, they should make conscious efforts to do so, by publicly acknowledging their commitment to diversity and by including diverse directors on the board’s nominating committee.

Q: Why is this research unique and significant?

Field: Our paper raises important questions about board inequity and lends justification to several recent public concerns on the issue. While most concerns raised by advocates have focused primarily on board composition, we point to evidence of inequity even after these directors have been elected to the board.