What is the economic forecast for 2019? 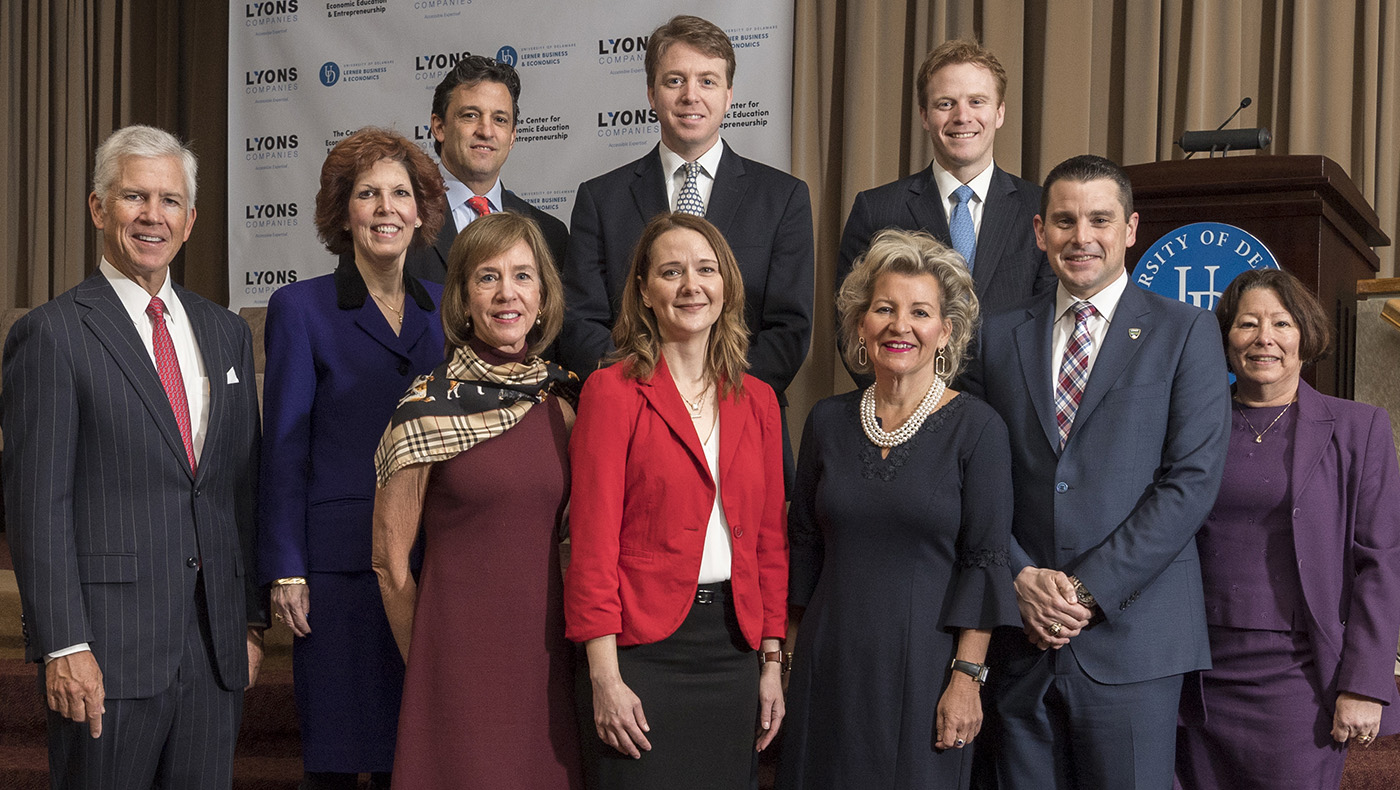 What is in store for the U.S. economy in 2019? On the heels of a 35-day government shutdown, leading economic experts shared their insights at the 2019 Economic Forecast on Feb. 19, sponsored by the University of Delaware’s Alfred Lerner College of Business and Economics’ Center for Economic Education and Entrepreneurship (CEEE) and the Lyons Companies. Video from the event is available on the Lerner College Facebook page.

“If I had to choose a banner headline, I would characterize 2019 as a year of transitions, for the economy, for monetary policy, and for how we communicate about policy,” said Mester as she led off the economic forecast predictions.

“We’re gonna talk a little politics today,” said Woodward as she began her talk. “As you just heard, this is a year of transition and I certainly agree with that. Also, politically what’s going on and how to think about the economy vis-à-vis what’s happening in the political world. Then corporate thought leadership in Washington, D.C. and how companies like Travelers operate in that type of environment.”

2019: A Volatile Year for the Markets

“I’m going to ask you to please turn off your political ears,” asked Farr while introducing the topics of his presentation. “When I talk about immigration, I’m not talking as a Republican or a Democrat, I’m talking about the economic implications of immigration. When I tell you that tariffs are not a good idea economically I’m not making a political comment.”

The 2019 Economic Forecast event recognized Amy Walls, assistant community reinvestment act director for Discover Bank, with the 2019 James B. O’Neill Award. This award, named in honor of past CEEE Director and Master of Arts in Economics and Entrepreneurship for Educators program founder Professor Emeritus Jim O’Neill, recognized Walls as an individual who has made substantial contributions in promoting economic, personal finance and entrepreneurship education.

Throughout her career, Walls has worked to support, deliver and increase access to high-quality financial education throughout Delaware. Most recently, in collaboration with the Delaware Council on Economic Education, Walls has played a significant part in the launch of Delaware. -money, a website that aggregates adult financial education resources. A respected and long-standing champion of financial education in Delaware’s K-12 community, Walls’ contribution has been instrumental in furthering the mission of the CEEE.

Farr took a moment to honor the memory of the CEO and founder of the Lyons Companies, David Lyons, who passed away in April 2018. His speech brought the audience to their feet in a round of applause to honor the late founder of the Economic Forecast.

“When you consider from time to time the difference that our lives make, the pebble that gets thrown into the water and sends ripples, we’re all here because of David Lyons,” Farr continued. “We’re all here because he had an idea. We’re all here because he joined forces with Jim O’Neill and said, ‘Entrepreneurship is something that we have to focus on in this state and in this country,’ and he made a difference. I was going to say, ‘Can we have a moment of silence for David’ but David didn’t do silence very well, that didn’t seem appropriate. So will you all join me in a round of applause for David Lyons?”