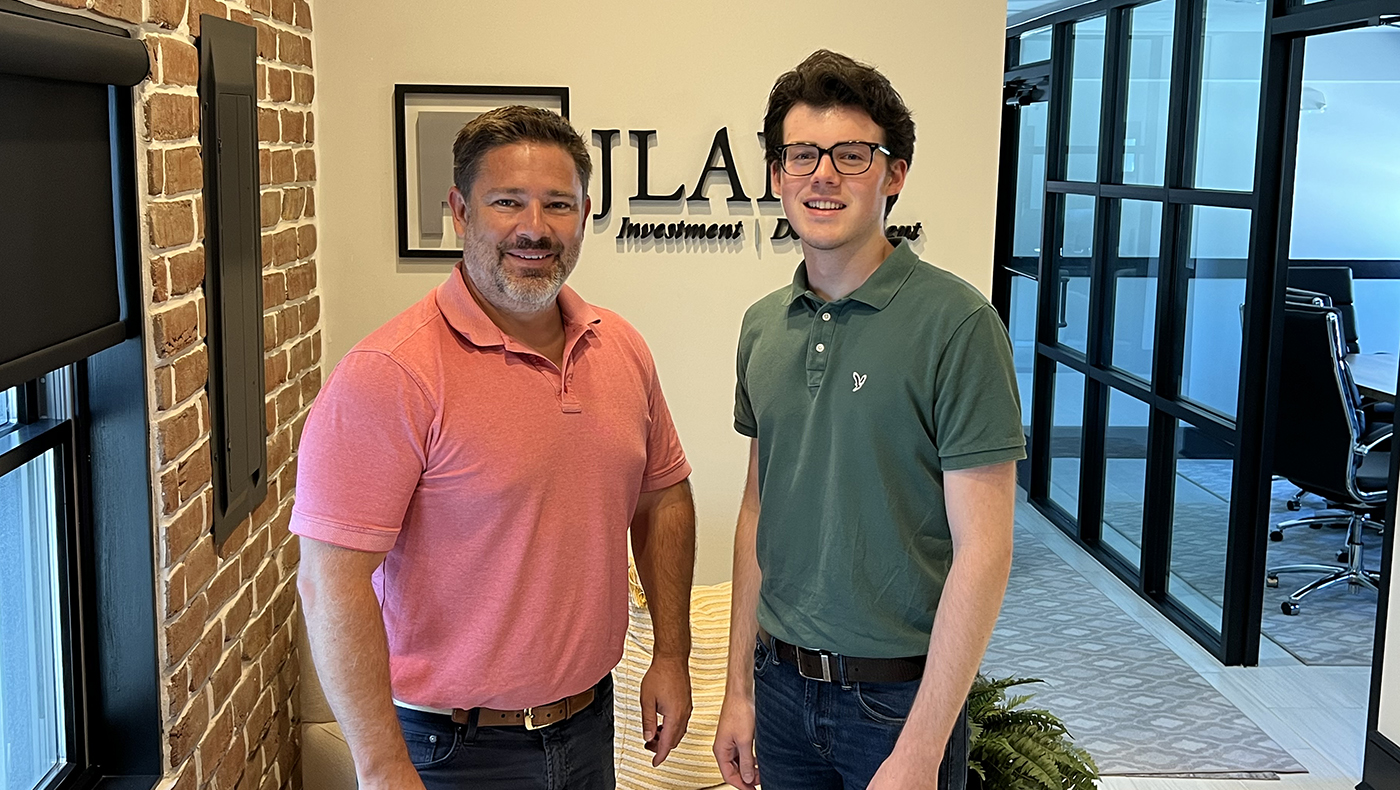 Each summer, students from the University of Delaware’s Alfred Lerner College of Business and Economics acquire real-world professional skills through internships. In each installment of this series, an outstanding Lerner student will be profiled, sharing their internship experience, challenges they have overcome and what their future holds!

Riley Wagner, class of 2023, business analytics major with a concentration in finance, spent his summer as a summer analyst at Jack Lingo Asset Management.

Lerner: How did you find out about this internship? Why did you pursue it?

Wagner: In all honesty, there was not an internship position that I found at the beginning. In the Summer of 2021 after reaching out and having a few conversations with those at the firm, I asked Doug Motley if he could take part in Lerner’s Executive Mentoring program. Doug accepted, and after brainstorming some ways Jack Lingo Asset Management (JLAM) could improve their current state of affairs, I was asked to work alongside them officially during the summer of 2022 as a Summer Analyst.

I pursued this internship, because I knew that I would be able to create a larger impact at a smaller investment firm. Also, since I wasn’t too sure what area I wanted to focus on, this opportunity I knew would allow me to work across different roles. At the time I joined, JLAM had developed and invested in over $400 million dollars worth of real estate spread across their different investing strategies with only four active members in their office.

Lerner: What did you learn from this internship that you think you would not have learned elsewhere?

Wagner: I strongly believe that throughout my internship, I learned how to communicate with those of different backgrounds. Specifically, I found communicating with those that had different areas of domain knowledge compared to me to be difficult in the beginning. As time progressed, I became better at communicating in a concise manner. I do not think I would have learned this at a rate similar to that of a larger firm, since chances are I would have worked in a group with members of similar skill sets. Additionally, while working at a smaller firm, I found that communicating successfully enabled me the opportunity to teach other members of the firm new valuable strategies that would save time, energy, and resources.

Lerner: What is the most exciting task or project that you have done or are currently doing in your role?

Wagner: The most exciting project I undertook while working at JLAM was a market research project. Specifically, this project was to either support or denounce an investment thesis that the firm had intentions of acting upon. It was my job to leverage my use of coding and data analytic skills to aggregate large amounts of data from various sources such as FRED, The Census Bureau, Co-Star Group, MLS, and internal data to derive meaningful information. Within this project, I was able to play a valuable role impacting future investments through the use of leveraging data. This was a unique experience, since I was able to provide meaningful insight, even though I didn’t have as much real estate market experience as my co-workers.

Lerner: What is an example of a time where you were able to apply what you’ve learned at Lerner to your role?

Wagner: An example of a time that I applied my skills learned from Lerner to my summer role was during my time working on JLAM’s bond automation project. Within this project, I used skills learned from business information systems courses to create automated workflows and a database. By the end of this project, I was able to create a system that automatically took a bond request form from our project manager, created an auto generated unique bond request form, sent it to a bank for physical creation, and a system that tracked and sent out automated renewal requests all at the touch of a few buttons. This project out of three other similar automation projects will save JLAM an estimated four hours per week!

Lerner: How do you think this internship will push you closer to your professional goals?

Wagner: This internship allowed me to further develop and refine my data analytic skills. Throughout the duration of my internship, I was able to apply the use of coding for data cleaning and preparation, data analysis and exploration, visualization techniques, and other quantitative methods. Furthermore, as a result of this internship, I was able to gain a better understanding of areas of weaknesses that I will be able to improve on during my final year at UD.

Lerner: Did you face any challenges during your internship? If so, what was the issue and how did you overcome it?

Wagner: Throughout my internship there were times where I was not exactly sure what to do in order to solve the problem that was at hand. In order to overcome some of these times, I would talk it out with others that worked in the office. I found collaborating with others, who had a different perspective to be extremely helpful.

Lerner: What are your career plans once your internship ends?

Wagner: My career plans now that my internship is over is to finish my undergraduate degree in business analytics with a concentration in finance. I hope upon graduation to find a job as a quantitative financial analyst, data analyst, or to become a data scientist.