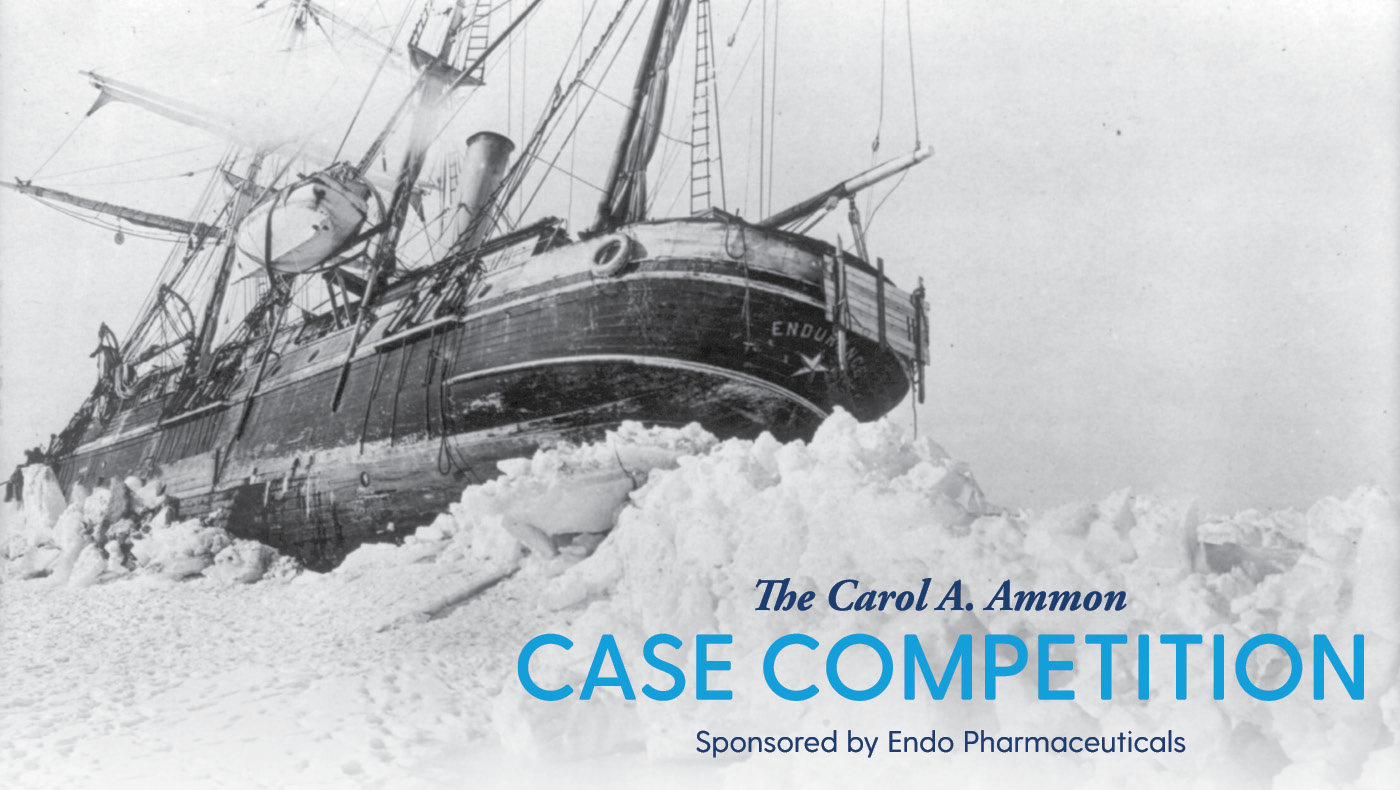 For over 20 years, the Carol A. Ammon Case Competition at the University of Delaware’s Alfred Lerner College of Business and Economics has given Lerner graduate students the chance to bolster their knowledge and apply it to real-world circumstances. In addition to plaques and cash prizes for the winning teams, hundreds of participants have gained an improved sense of ingenuity for tackling business-related tasks through the competition.

“I participated [in the Carol A. Ammon Case Competition] for two years as an MBA student, winning the competition in 2010,” said Shweta Ramesh Kaul, UD MBA Class of 2010 and senior manager at PwC Digital-Products. “The annual case competition has been one of my favorite experiences from the MBA program. The learnings from this experience in the areas of problem solving, conducting research and analysis, developing presentations, team building, project management and delivering a solution helped me prepare for a management consulting role post grad.”

This year, this legacy continued in a new virtual format, as the teams focused on the Harvard Business School case “Leadership in Crisis: Ernest Shackleton and the Epic Voyage of the Endurance” which focused on the 1914 Imperial Expedition to Antarctica. The expedition’s ship was frozen in ice and eventually destroyed just off the Antarctic coast. The case explores Shackleton’s leadership decisions and the communications that led to keeping his entire crew of 22 men alive for 18 months while living on ice floes and frozen islands.

“This year was unique because it was our first virtual case competition,” said Amy Estey, academic program coordinator and co-organizer of this year’s competition at Lerner. “One advantage to a virtual competition was that our judges didn’t have to be within driving distance of Newark. Because of that, we had an alum in Brussels and two alumni in Seattle who popped up wanting to help. We wouldn’t have been able to work with them if our competition was live in Newark, so that was a big plus.”

The participants assembled into seven teams of three students each and began to devise structured plans to meet the case requirements. Students had the option to either pick their own teams or ask to be paired with peers at random. This year’s first place team was formed via this random selection as team member Muhammad Fahim Alam, explained, “I asked Amy to put me in that random process, and, as is evident, Amy’s randomness did turn out to be productive for us and as she said ‘serendipity’!”

This case was revealed at 8 a.m. on Friday, March 5 and from that day forward the competition was on. The newly formed teams had until midnight on Sunday, March 7, to put together their narrated PowerPoint presentations. Starting in the early hours of Monday morning, the alumni judges had 48 hours to evaluate the presentations and post scores and comments. On Wednesday, the three finalist teams were announced. They had until Friday morning, March 12, to polish this same presentation for the final round judges. The final round was a virtual live presentation, and the judges were allowed a 15-minute question and answer period.

The final round judges, including Kaul, were Tim Huffman, UD MBA Class of 2017 and business analyst at TRPB, Lt. Colonel Thomas W. Stocks, UD MBA Class of 2008 from the U.S. Department of Defense, and Dr. Jeff Miller, UD Class of 1984 and professor at University of Indianapolis and Creighton University. The judges’ decisions were announced later that afternoon during a virtual awards ceremony.

“The virtual format this year presented a great opportunity for me to be a part of it,” Kaul shared. “It was great to see all the presentations and how the teams worked so well in this virtual format, using technology very effectively. Some other things that stood out are the collaboration and teamwork that went across time zones, the diversity of thought among students with different majors and backgrounds which brought out very interesting perspectives in their presentations. To hear different perspectives from current students outside of work is always refreshing!”

“Our main goal was to present a high-quality and professional presentation and make it simple, easy to read and understand,” noted Lerner graduate student Umida Ruzybayeva. “I think our teamwork coherence helped to work on this case effectively despite the distance since Fahim was physically in his country, in Bangladesh.”

Ruzybayeva’s team achieved their goal and earned first place in the competition. The team, “Queen’s Gambit”, was comprised of Lerner MBA students Youngin Kim and Umida Ruzybayeva, along with Muhammad Fahim Alam, who is a candidate in the master of science in finance program at the Lerner College, and was participating in the competition from a different time zone in Bangladesh. The team was awarded a $2000 cash prize for their work.

“I was really proud of the meaningful result our team achieved when we were one of the final three teams,” Kim shared. “At the final presentation, our team had some unexpected technical problems but we were truly satisfied with the fact that we completed it. However, our team got to remain the final sole team at the award announcement. The moment that our team was about to be called for the first prize and Umida texted on the group chat ‘I cannot believe’ is unforgettable.”