Collaboration Is the Best Medicine 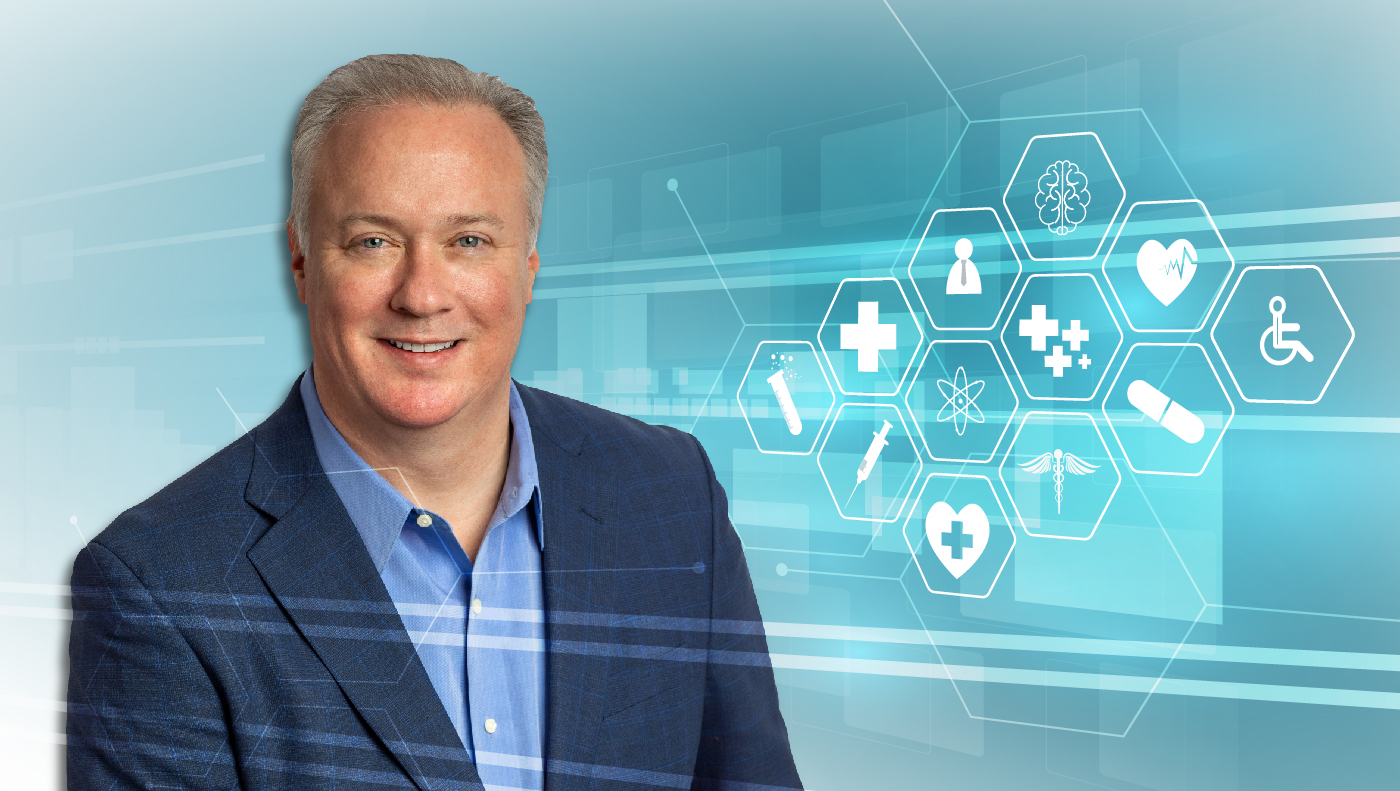 As the COVID-19 pandemic has drastically changed our world this year, the pharmaceutical industry is likely on the minds of everyday people more than ever before. Those people might be happy to hear that stakeholders in the healthcare world, from pharmaceutical companies to government to academia, are working together perhaps more than ever before, and these partnerships are leading to groundbreaking innovations.

This was one of the key takeaways from this year’s Chaplin Tyler Lecture at the University of Delaware’s Alfred Lerner College of Business and Economics, which featured David Elkins, a Class of 1991 economics alumnus who now serves as the executive vice president and chief financial officer for Bristol Myers Squibb (BMS). During his discussion, “Sourcing Innovation Through Acquisitions & Partnerships,” Elkins explained that the healthcare industry has grown increasingly interconnected in recent years, which has a big impact on the future of treatments for diseases like COVID-19.

“The traditional model that we saw in the ‘90s and mid-2000s was a lot of one-off partnerships… What we’re seeing now is much more an ecosystem where there’s partnerships throughout,” Elkins said, describing a wide range of collaborations between academia, governments, pharmaceutical companies and biotech companies. “Right now, with COVID, you’re seeing that.

“Most of the major pharmaceutical companies are working together to identify compounds that can either be a therapeutic to treat people that have COVID,” he continued, “but also, as you’re seeing on the vaccine side, many companies are working with governments around the world to share information and knowledge in order to get really important vaccines out in the marketplace as quickly as possible.”

These collaborations are so important, Elkins said, because the average drug takes 10 years and $1.4 billion to create. This means that companies pooling their resources and knowledge can make that process happen much faster.

A large company like BMS, Elkins explained, can help smaller biotech companies by partnering with them and providing “the capability to have a research and development organization that can design the right trials… reaching the appropriate patients, and then taking the trial outcomes through the regulatory process to getting them approved. And then, once they’re approved, we have the ability with manufacturing and distribution and our global footprint to bring those to patients faster.”

Perhaps this is why, Elkins said, partnership deals in the industry are at an all-time high. Interestingly, despite the high numbers of deals and mergers that are taking place, the number of biotech companies is increasing rapidly, from 361 public biotech companies in 2000 to 708 in 2020. That’s an increase of almost 100 percent, and it’s happening in part, Elkins said, because of the huge growth in scientific healthcare innovations in recent years.

“The bulk of therapies were all around chemical compounds” in the 1970s and 1980s, Elkins explained. “But starting in the ‘90s and really building up around 2000, you can see the number of therapies that have come about. Now conventional therapies, what you think of as chemical compounds, are only about 60% of the pipeline.”

These new therapies include peptides, monoclonal antibodies, cell therapies, gene therapies and more. One example, Elkins described, is a new cancer drug that uses a patient’s own immune system antibodies to fight and destroy cancer cells.

“It’s had a really meaningful impact on people’s lives, as you can imagine.” he said. “It’s really exciting to work in this industry to see all the different types of modalities that we as a society are using.”

And it all comes back to acquisitions and partnerships, Elkins explained, as collaborations are part of what has caused this “increase in innovation, modalities and new types of therapies, and it’s really exploded over the past 10 years.

“You have to follow the science, wherever the science may be,” he continued. “In today’s environment… wherever the latest and most groundbreaking technology is, you want to make sure that you’re in that ecosystem.”

And through it all, Elkins said, patients remain the central focus of this work.

“You need multiple shots on goal,” he said. “Some of these cancers, people don’t have an alternative choice. So, we’re constantly looking at different mechanisms of action to see if they’ll work… That’s our North Star; that’s what we’re driven by. That’s what motivates us to do what we do.”

Elkins talked more on this patient-centered focus during the post-lecture Q&A with Fei Xie, who serves as a professor of finance and as the Iannaccone Faculty Fellow for the Lerner College. Xie asked Elkins about challenges that companies face when going through the integrating process during mergers and acquisitions.

“Culture is one of the most important, and many, many transactions have failed as for a lack of two cultures coming together,” Elkins responded, going on to discuss BMS’s acquisition of Celgene an example of a successful integration for this same reason. “Both Celgene and Bristol Myers Squibb had a culture where you walk around the hallways and there’s posters up of patients telling their stories… We have multiple interactions, town halls, where we have patients come in and share their stories… So that very much keeps both companies motivated, and that’s where the cultures come together.”

The Chaplin Tyler Executive Leadership Lecture Series in UD’s Alfred Lerner College of Business and Economics brings leaders from business, nonprofit organizations and government to campus to share their experiences and insights with students, faculty and the business community in an open exchange of ideas and perspectives.

During the introduction to this year’s Tyler Lecture, Lerner College Dean Bruce Weber discussed the various accomplishments of Chaplin Tyler’s 106 year-long life, including writing a book at the age of 99 and a second book at the age of 100.

Elkins said he was glad to learn about Tyler’s life, describing him as an “amazing person” whose relationship with UD is inspirational for involved alums like himself.

“His personal engagement with the University is really what it’s all about for all of us as alumni,” Elkins said.