Credit where credit is due

New research from the University of Delaware’s Kyle Emich suggests that women receive less credit for speaking up in the workplace than their male counterparts. 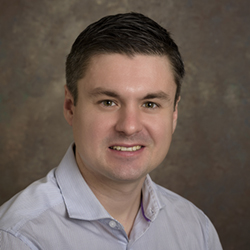 Emich, an assistant professor of management in UD’s Alfred Lerner College of Business and Economics, explored this topic with the University of Arizona’s Elizabeth McClean, Boston College’s Sean R. Martin and the United States Military Academy’s Todd Woodruff for a forthcoming article in Academy of Management Journal.

The Harvard Business Review recently published an article on their work, entitled “Research: Men Get Credit for Voicing Ideas, but Not Problems. Women Don’t Get Credit for Either.”

“In sum, we find that when men speak up with ideas on how to change their team for the better they gain the respect of their teammates – since speaking up indicates knowledge of the task at hand and concern for the well-being of the team,” Emich explained. “Then, when it comes time to replace the team’s leader, those men are more likely to be nominated to do so. Alternatively, when women speak up with ideas on how to change the team for the better, they are not given any more respect than women who do not speak up at all, and thus are not seen as viable leadership options.”

Emich said that in the case of the researchers’ first sample, involving military cadets at West Point, “This difference is immense.”

On average in 10-person teams, Emich said, men who speak up more than two-thirds of their teammates are voted to be the #2 candidate to take on team leadership.

“Women who speak up the same amount are voted to be the #8 candidate,” he continued. “This effect size is bigger than any I have seen since I began studying teams in 2009.”

Further, in the team’s second study, a lab study of working adults from across the United States, Emich said, “We find that men are given more credit than women even when saying the exact same thing.”

“Of course, when I discuss this with women they are not shocked,” Emich continued. “The most common reaction I get is gratitude that we finally have data to show something they have been observing for years. However, men are mostly oblivious. This is because they do not need to consider their gender in most organizational contexts, thus their unconscious biases remain just that, unconscious.”

For more on this biased thinking in the workplace and how individuals can combat it, read the full article on UDaily.

This week, Emich discussed these issues further as a guest on UD radio station WVUD, in a panel discussion with Lerner College associate and assistant professors of management Wendy Smith and Amanda Bullough and UD assistant professor of English and CTAL Diversity Scholar Jessica Edwards.