A Blue Hen’s Tips for Landing the Job 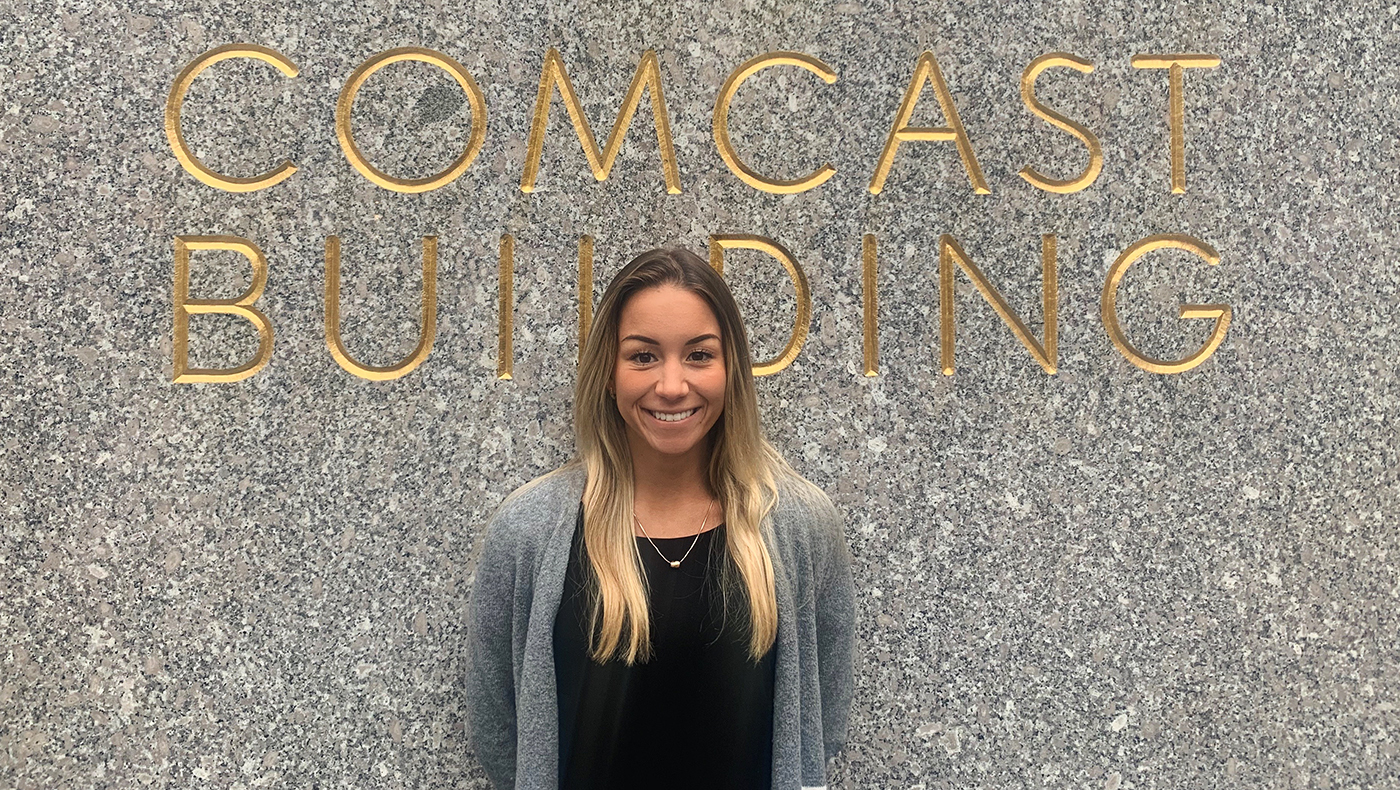 Alina Serbina, Class of 2019 graduate from the University of Delaware’s Alfred Lerner College of Business and Economics with a degree in marketing and minors in international business studies and Russian, started her job search two weeks before her graduation. Over several months of looking for the right role, Serbina learned various tips and tricks for a successful search process. She recently secured a full-time position as an account services representative on the lifestyle and entertainment team at NBCUniversal in New York City, New York. In order to help her fellow Blue Hens, Serbina shared the greatest lessons that she learned from the job search process and advice for those looking to start their own search.

When I started my job search, I knew that I wanted to somehow be involved in the entertainment industry. My previous internships, informational interviews and career treks influenced me, especially a panel at NBCUniversal in January 2018. I completely fell in love with the stories that the speakers told.

My preference of roles ranged from marketing to public relations, but the role I ended up landing is actually in ad sales. It is a very strategic and excel heavy role that plays to my strengths.

Originally, I had two very different opportunities I was planning to pursue, but a few weeks before graduation they fell through and I started looking for full-time roles. This was very late in the game but I decided that I was going to give it my best effort anyway. I thought it was a numbers game and mass applied everywhere via LinkedIn and company hiring portals, but didn’t hear back from most companies.

That’s when I decided I would enjoy my summer and work part-time while building genuine relationships with UD alumni and previous employer and mentor connections. I also consistently checked the hiring page of my top three companies and applied to any role that I found interesting.

By taking both of these steps, I got my first interview for NBCUniversal for the digital campaign specialist role. I had connected with a UD alum in that role a few weeks before applying. He passed my resume forward and I was contacted by human resources at NBCUniversal. While I made it to the last round of interviews, I did not get the job. However, three weeks later, I was invited to a hiring event for account service representatives, which perform similar tasks to digital campaign specialists. I attended and a week later was asked to join the entertainment and lifestyle team.