Beware of Black Friday deals that can make you spend more 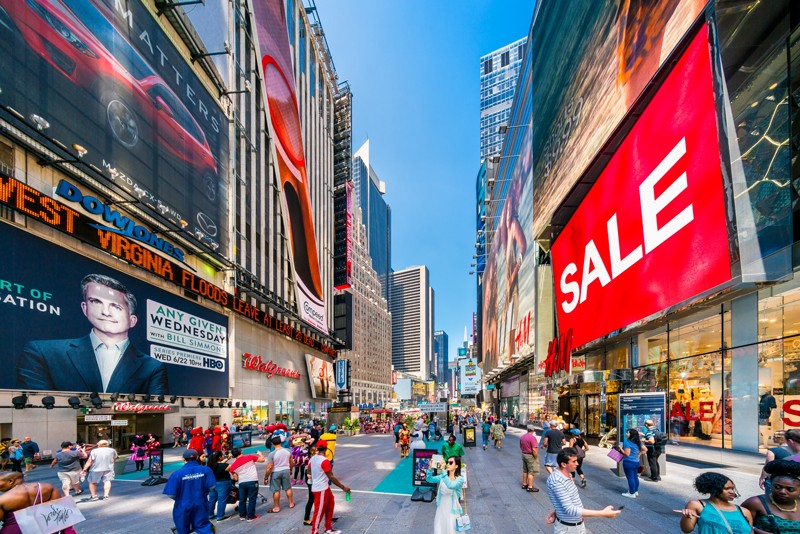 This Black Friday, thousands of businesses will offer enticing deals for consumers, but new research coauthored by the University of Delaware’s Andong Cheng suggests that certain types of these discounts may cause consumers to spend more than they realize.

In a paper recently accepted to the Journal of Marketing Research, Cheng, an assistant professor of marketing at UD’s Alfred Lerner College of Business and Economics, worked with Washington University in St. Louis professor Cynthia Cryder to explore promotional credit deals and how they can lead to fallacious thinking in consumers.

Cheng and Cryder explain in their paper, “Double Mental Discounting: When a Single Price Promotion Feels Twice as Nice,” that shoppers experience a “mental accounting phenomenon” when offered promotional credit.

For example, Cheng said, “Let’s say you went to Ann Taylor Loft, you bought a sweater for $50 and received $10 of Loft credit to spend in the future. This purchase feels like it’s only $40 instead of $50. And then later, you spend the $10 on another shirt and feel like the shirt is free, because you’ve only been spending that merchandise credit instead of more money out of your pocket.”

“People spend it partially, they forget about it, they lose it,” Cheng said of gift cards. “So the promotional credit is interesting because when you make that purchase, you’re assuming very optimistically that you’re going to spend it in the future.”

This is why, Cheng explained, consumers should try to remember that gift cards “should be treated like cash” in terms of their mental value.

One of the paper’s studies also found that promotional credits could influence shoppers’ behavior and choices. In the study, the team worked with an ice cream company to offer some consumers $3 discounts and others $3 promotional credits.

Consumers with credit “were more likely to go back and buy more ice cream because they felt the need to use that credit in the future, to reap their reward,” Cheng said.

So how can holiday shoppers avoid falling into these overspending patterns?

Cheng advised consumers to consider the phenomenon of double mental discounting when they are offered promotional credit, and to only apply the discount to one purchase.

“The idea is to get consumers to realize that this could be a fallacy that’s happening because one single promotion feels strongly associated with multiple purchases. So if they’re able to successfully decouple or disentangle it cognitively from one of the multiple purchases, then the fallacy should go away.”

Keeping this in mind, she said, may help us to “not feel encouraged to buy things that otherwise may not feel as good of a deal.”